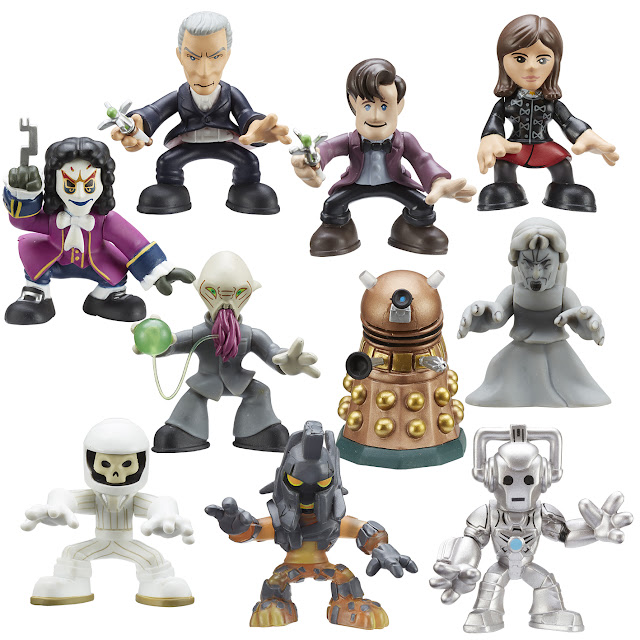 Character Options, official creator of the Doctor Who toy figures and playsets, have announced their brand new Time Squad collection - ten 2.5” characters available in October. Click on the images for bigger versions.

Fans of legendary Time Lord will be delighted with this new vinyl style decet of figurines featuring many favourite characters from past and present. The Twelfth Doctor and Clara are of course represented as well as the Eleventh Doctor, the new Cyberman and the Doctor’s ever-present foe, the Dalek. 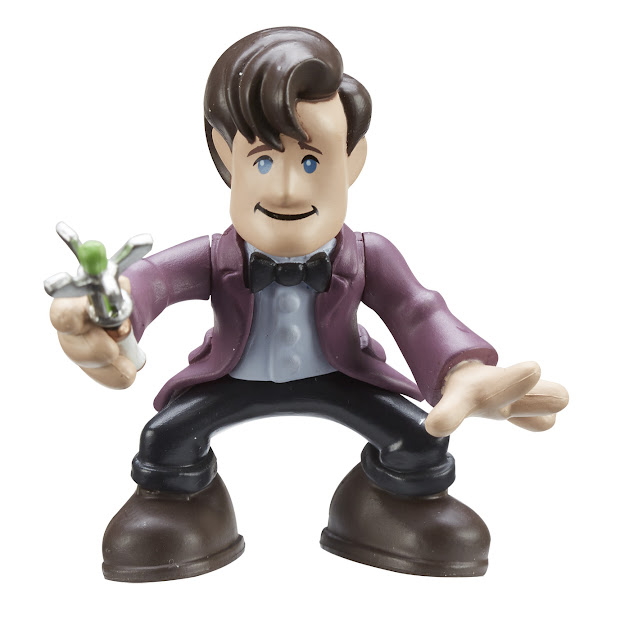 At just £2.99 this pocket money line is ideal for younger collectors or for diehard fans and can be showcased in an alternative Time Squad display of favourite characters, alongside their traditional Doctor Who figure collections. Visit the Character Options site HERE.