Bletchley Park. Britain's most secret weapon in the Second World War. Mrs Constance Clarke directs her charges to provide vital assistance to the boffins stationed in the Manor House. But a recent arrival among the code-breakers, the mysterious Dr Smith, has attracted the attention of MI5's spycatchers. As encrypted radio waves criss-cross the planet, unearthly forces stir. And when certain ciphers are cracked, something will emerge to threaten all humanity, regardless of allegiance...

Criss-Cross is another triumph by my favourite Big Finish writer Matt Fitton. It's getting to the point where one needs to judge him on a different level than his peers. He's really nailed the drama and sometimes misdiagnosed stiff upper lipped style acceptance of the horrific situations the people of the 1940s faced. Fitton has brilliantly captured the period feel of this piece. Not wanting to spoil the story, I must still congratulate Fitton for creating such a wonderfully appropriate meta-textual alien for this particular setting and time. As in any Doctor Who story the creature has an eventual demise but in this case is wonderfully apt. Kudos.

This story also introduces a new audio companion for Colin Baker's Sixth Doctor and she's a historical companion. The usual downside to a companion from the past is the Doctor constantly needing to explain what is happening, but in Constance Clarke's case this isn't so. Constance, played by Daleks In Manhattan's Miranda Raison, is a genius, thus when introduced to impossible, inexplicable situations her mind adapts and understands. 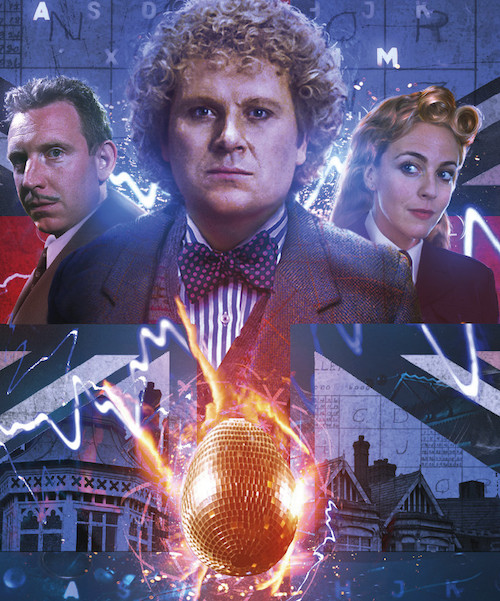 Raison and Colin Baker share some wonderful banter in this story, and there's lots of room for the character and her relationship with the Doctor to grow. Oddly in the timey-whimey world of Doctor Who as listeners this isn't the first time we've met Constance, as we heard her along side Colin Baker in his swan song story, That Last Adventure [review HERE]. She feels a lot more defined in this her first chronological storyline and I look forward to seeing how her character develops and grows.

Massive kudos must also go to the production team under the command of director Ken Bentley for expertly creating a period piece for an audio medium, specifically the period RP dialects.

Criss-Cross will appeal to anyone interested in this period and setting and Who fans of a more mature age. This one doesn't feel like one of the kids, but it's another real corker for writer Matt Fitton. I'm waiting for a bad one from you Matt...