After the successful conclusion of the Dark Eyes series, Doom Coalition is the first instalment of a new four boxset series featuring Paul McGann as the Eighth Doctor, for audio giant Big Finish. The Eighth Doctor is still traveling with Med Tech Liv Chenka (whom we originally met alongside the Seventh Doctor, in the sequel to the classic story The Robots of Death) and along the way he picks up a new traveling companion: Helen Sinclair.

The story is broken up into four parts, so let’s review each separately and then evaluate the sum of its parts. 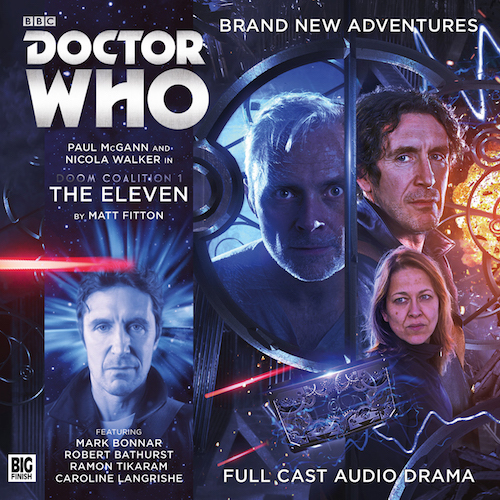 The Eleven by Matt Fitton
Here we meet our titular villain, The Eleven: a Time Lord whose previous personalities live on in his mind: arguing, plotting, and jostling for supremacy... He is also Gallifrey's most dangerous criminal. And he has escaped. The Doctor is recalled to his homeworld to lead the hunt and search the Capitol's corridors, the Academy halls and the cells of the highest security penitentiary.

Writer Matt Fitton delivers once more, with the introductory story for arguably the most fascinating original character Big Finish has ever created. He also does a cracking job of subtly referencing practically every televised Gallifreyan story ever much to this listener’s delight. 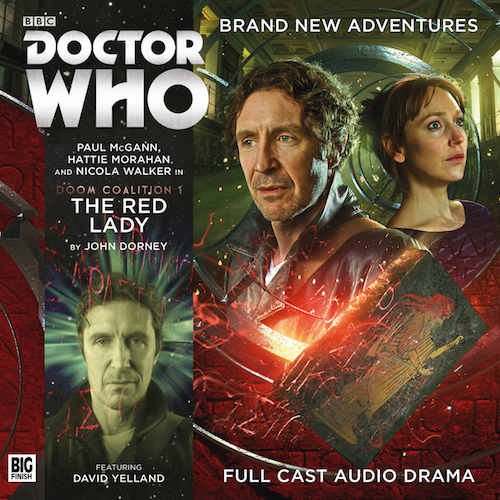 The Red Lady by John Dorney
The Doctor and Liv arrive in London in the 1960s, where they meet Helen Sinclair, a young academic desperately trying to make a name for herself in the face of sexism and prejudice. Whilst the Doctor tries to uncover the secrets of a mysterious artefact, a far deadlier mystery awaits Liv and Helen in the collection of a recently deceased antiquarian. They’ve seen the Red Lady and it might just be the last thing they ever see.

Here we meet a new companion for the Eighth Doctor, Helen Sinclair, who after risking her life and career to save the Doctor and Liv, decides to join the time travelling duo rather than facing unemployment or jail. This story is a real departure for the first, but a welcome one. This adventure has a real horror tale vibe to it and after an apparent absence of this genre from some time from Big Finish, it’s a really welcome change and a great accomplishment from writer John Dorney. 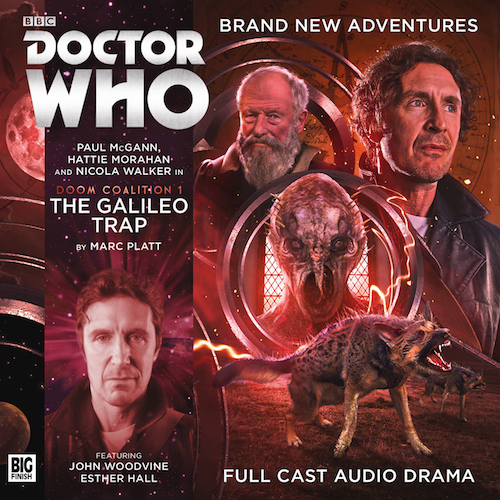 The Galileo Trap by Marc Platt
The TARDIS team is transported back to Renaissance Italy where a new plague stalks the streets. A ferocious behemoth rampages through the vineyards. And Galileo Galilei, celebrated scientist, astronomer and old friend of the Doctor, is imprisoned in his own villa for heresy. But why has Galileo summoned the Doctor? Who are the mysterious Fortuna and Cleaver? Why have they been sent to Earth? And what is Galileo's secret?

This is a more typical Doctor Who story, with our Time Lord meeting an historical figure and featuring a more linear plot. It’s a solid sci-fi/historical adventure piece, but feels a little basic next to its two predecessors and a little like filler with the overriding story arc not moving forward.
8/10 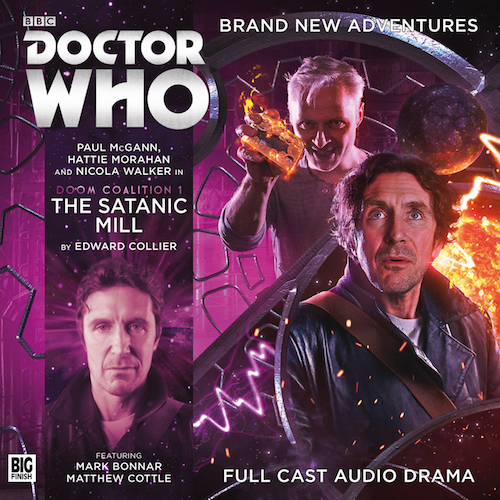 The Satanic Mill by Edward Collier
The Satanic Mill - a vast Victorian factory floating in the deep of space. As the Doctor closes in on his quarry, long buried animosities come boiling to the surface on this ancient and powerful satellite, in a final confrontation that could have unimaginable consequences.

This last instalment feels a little tangential, and not in a particularly good way. The Eleven’s “final scheme” seems to centre around the typical destruction of everything trope and although the maniac Time Lord is still at large, there’s no real set up for the next series.
6/10

The TARDIS crew all turn out great performances, with Paul McGann, Nicola Walker and Hattie Morahan all impressing suitably, however the highest praise has to be reserved for Mark Bonnar (The Rebel Flesh/The Almost People) who voices every incarnation of The Eleven; he expertly brings to life this incredible new baddie.

Doom Coalition starts incredibly strongly, but ebbs towards it’s conclusion. I hold out high hopes for the next series. But I’m left with one question, what exactly does the title referencing? Who exactly are the Doom Coalition? Does the title refer to the multiple regeneration personalities within the Eleven or is this great new evil Time Lord merely the first in a line of some sort of villainous team?