Doctor Who Series 9: A SPOILERY look at The Girl Who Died

In a new feature on Blogtor Who, each week regular contributor Richard Unwin will be taking a more personal, in-depth and spoilery look at each episode. So, obvs, SPOILERS ahead if you haven't seen Doctor Who Series 9, Episode 5. 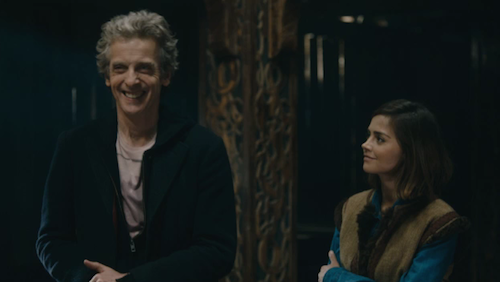 So - after all the speculation, the Maisie Williams character wasn’t River Song reincarnated as Jenny Who after all. She was an ordinary viking girl - but one with a considerable future ahead of her.

This week it was back to zany unpredictable madcap adventure - the sort of Doctor Who that we live for. However silly things get, there’s still always a foundation of proper drama holding everything together - It’s as if the ‘space panto’ template of Season 24 has been dusted down and resurrected, but done properly this time, with pathos, and heart, and Space Vikings!

There’s a tragic loss right at the start of this romp though - the sonic sunglasses are brutally destroyed. Sob. Yes, we know that lots of you were cheering at that point, but we mourn their loss. They were quirky and fun and different, and we really hope that it’s not a return to boring old screwdrivers now. There are lots of other things that could be sonic… probes, hedgehogs, celery…

In fact, the Doctor should consider dropping the sonic tech altogether and stocking up on those magic microchips that bring back dead friends to life. If he’d had always carried a pocket full of these around with him, he could still be travelling with Adric. And they might have come in handy back when versions of Clara kept dying on him. (And frankly, there are so many signposts hinting at the imminent doom of this current version of his companion that we hope he took away at least one spare… Although these portents of doom are now becoming so ubiquitous that we’re beginning to suspect a double bluff… What do you think… Is Clara going to kick the bucket?) 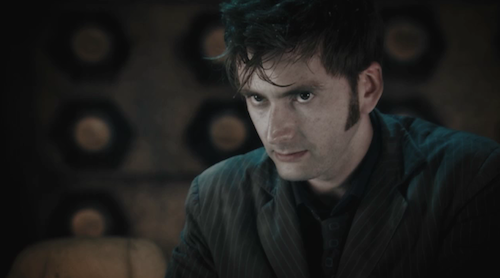 The Doctor’s decision to resurrect Ashilda is nicely handled though - we buy that this is spur-of-the-moment madness, heralded by the revelation of why he chose his current face. And what a lovely treat to see Tennant and Tate popping up from the past. It’s a brief clip that all of us probably own on DVD and could watch on YouTube whenever we want, but there’s still something rather lovely and special about seeing fragments of the past sewn into the current ongoing tapestry.

The chief villain is enormous fun. (And if you enjoy camp ridiculous villains, just wait until next week…) His eventual defeat - with a party, electric eels, and a puppet - is as gloriously absurd as he is and fits perfectly. TV Doctor Who hasn’t really done vikings since 1965’s The Time Meddler, so it’s great to see them back on such fine form after a fifty year break. And the sets and costumes are so splendid that we’re willing to overlook the historically inaccurate interstellar headgear for bovines. (That’s an obscure Time Meddler reference - go and watch it if you haven’t seen it - it’s well worth your time.) 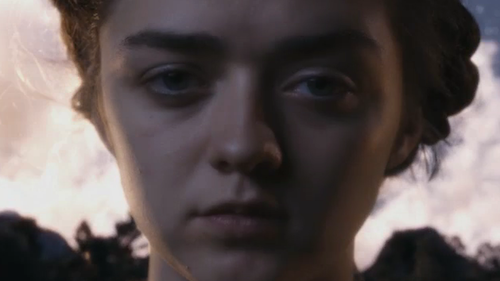 It’s a slight shame that the Next Time trailer gives so much away about next week, we would rather have been surprised. (We won’t mention by what, as we know that some of you choose not to watch these ‘flash-forwards’. Good on you - we wish that we had such discipline.)

Basically - once we’d got over the anticipointment of Maisie Williams not playing Romana / Susan / The Candyman we really loved this one. Great fun, and an episode that will reward repeated viewing. Immortal.