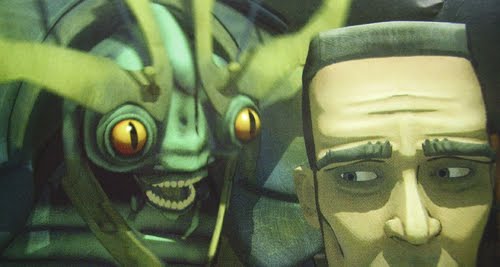 The latest issue of DOCTOR WHO MAGAZINE has revealed new images from the forthcoming animation DREAMLAND. The computer~generated story will start on the BBC's "Red Button" service later this month and will comprise of seven episodes (each lasting six minutes). Pictured above is LORD AZLOK (played by David Warner) with COLONEL STARK (Stuart Milligan) and below is a production sketch of The Tenth Doctor (David Tennant) in a diner. Visit the DREAMLAND section HERE. Doctor Who Magazine Issue 414 is released tomorrow and features a three page special on the series. 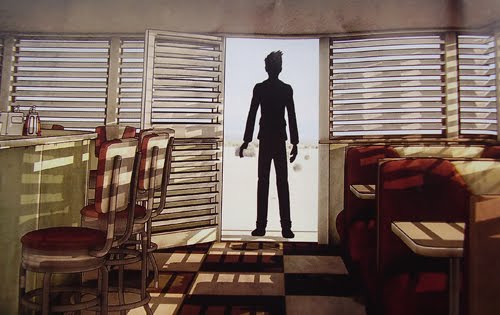