THE END OF TIME - Official Synopses 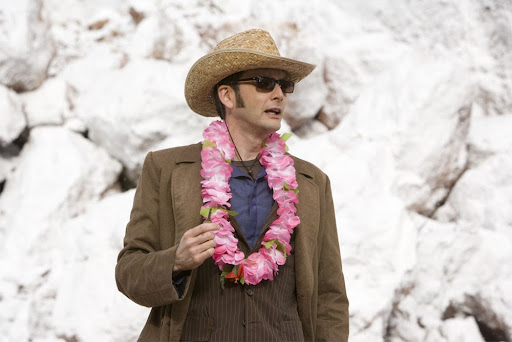 The BBC Press Office has released both synopses for The End of Time, here's Part One:

It's the Tenth Doctor's final journey – but his psychotic nemesis the Master has been reborn, on Christmas Eve. With both determined to cheat death, the battle ranges from the wastelands of London to the mysterious Immortality Gate, while the alien Ood warn of an even greater danger approaching, as a terrible shadow falls across the entire Universe.

The Doctor faces the end of his life as the Master's plans hurtle out of control. With the sound of drums growing louder, and an ancient trap closing around the Earth, the Doctor and Wilf must fight alone. But sacrifices must be made, and the deadly prophecy warns: "He will knock four times."

The End Of Time – Parts One & Two are written by Russell T Davies and directed by Euros Lyn. The producer is Tracie Simpson. It will be simulcast on the BBC HD channel – the BBC's High Definition channel, available through Freesat, Sky and Virgin Media.