REVIEW - The Waters Of Mars 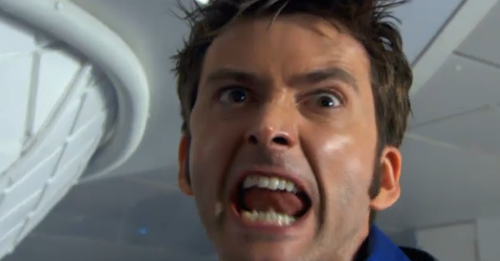 There have been some remarkable endings in the RTD era but yet again he manages to concoct another hyper~emotional denouement. But this time the emotions experienced are quite different to any we here at Blogtor Towers have ever felt whilst watching an episode of Doctor Who. The Key To Time speech from The Armageddon Factor saw The Doctor mockingly toy with the idea of megalomania but here in The Waters Of Mars we see it for real. And it wasn't nice. Not nice at all. 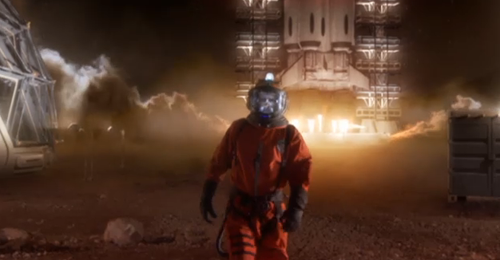 It's a credit to David Tennant's craft and skill that he managed to turn himself from the nation's most lurved actor (soon to be the world no doubt) into a hideous, arrogant monster. The moment of the switch was quite something, a moment that will give kids more nightmares than any Dalek or Cyberman could ever hope for. That is, of course, if they managed to sit through the story - it was a bit adult in tone but also in pacing. 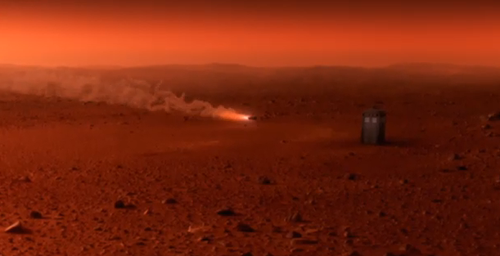 Full marks to the writers Russell T Davies and Phil Ford for creating an incredibly atmospheric and thoughtful piece filled with beautiful character moments; moments that were perfectly played by the guest cast. Lindsay Duncan deserves special praise for her moving portrayal of Adelaide despite her stern and authoritarian introduction. She was the ideal partner for The Doctor, making her suicide all the more painful. Peter O' Brien impressed too as her put~upon second in command, displacing any memories I had of his appearances in certain lesser Antipodean television shows. 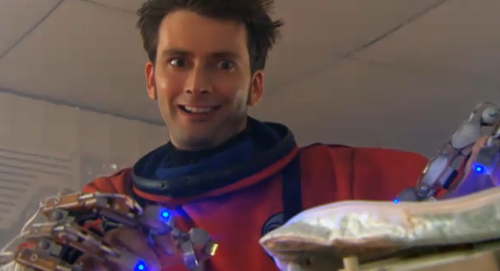 Likewise, the production values were equally impressive as the acting talent. Bowie Base One felt very real and the Martian landscapes were superbly realised (as were the 'villains of the piece) and the explosive finale was a treat.com for sure. Murray Gold too is to be congratulated on a fascinating score, eerie and dramatic in equal measure, reminding us just how versatile he can be. 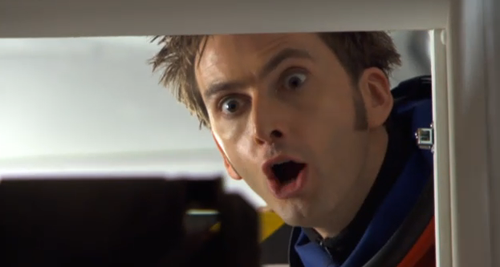 There was the odd point that slightly niggled about The Waters Of Mars however. I found the flashes of the news website (whilst The Doctor was naming the crew) irritating after the first couple of times. It was unnecessary to do it for all of them - we got it, we understood! The ending also threw up some questions (not in itself a bad thing) regarding how The Doctor's choice of saving people affects history (surely someone was curious how they got back?). Would Adelaide's grand~daughter still want to become a space pioneer after what her granny did? And why the importance on one person to helm the Earth's space exploration? I would imagine if it wasn't Suzie then it would have been someone else. 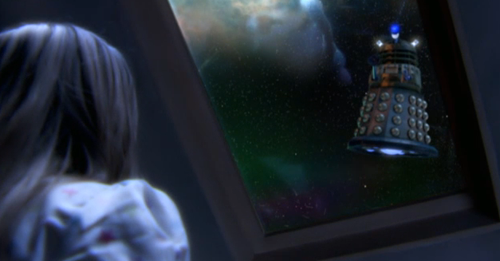 And the bloody Daleks were mentioned, again! Anyway, these are small points and did not affect my overall enjoyment of a trouser-tighteningly entertaining, if utterly grim, outing for The Doctor. RTD and Co. are leaving at the height of their powers, it would seem, and aren't afraid to take turns one never thought possible in Doctor Who (not since Hartnell anyway). Not bad for a show kicking on the arse of its 46th birthday. 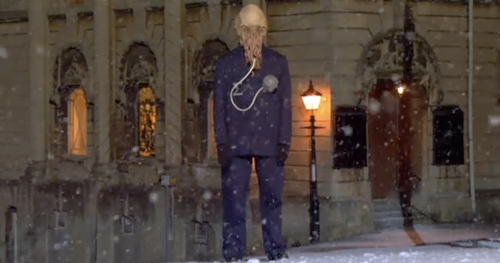