As always, this review will contain specific details of The Eleventh Hour so if you haven't seen it, I suggest you read no further. If you're simply here to find out if the first episode of The Moffat & Co.'s era is any good, then toddle off downwards to the last paragraph (as I suspect many do regardless). Before I "begin" the review, I'll start with an apology - the review would have been posted sooner but due to a "technical" glitch (screen on laptop effed up) this was not possible. Anyway, alons~y.... S'pose I'll start with the man of the hour, Matt Smith (or "Mazza" as shall now refer to him). Waaaay back in, ooh let me think, 20, when was it, 09 when the 'youngster' (*coughs*) was announced, too many people were asking "Who?" Frankly, their ignorance was no excuse for the numerous and hasty remarks about the actor. Thankfully, there were some of us who were quite aware of Mazza's talents and said so - you can read what I said HERE. Yup, those who had seen him, just knew he had it in him. And, by crikey (if you'll let me use the 'C' word), weren't we right?

Yes. Yes, we were. Gloating aside however, his first appearance as Doctor Who (I'm old skool, that's what I call him!) certainly ranks amongst the greats of opening performances matching Hartnell and Eccleston for assuredness and style. The "fish custard" scene was sublime - from hilarity to heartbreak in the time that it takes to throw a plate out of the kitchen. Eleven, as no one calls him, took no time to get used to at all. His opening "apples" gambit was enough for this fan. (As a sidenote, that was a nice piece of deconstruction of The Moff's - suggesting that his "banana" motif was to be replaced by another, only to completely abandon the idea.)

And I do like the way he says "Pond"! 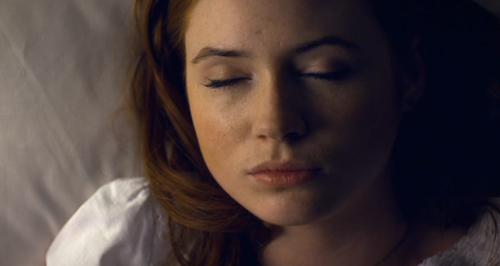 The other newcomer to the show, Karen Gillan (I now dub thee "Kazza"), proved to be no slouch either and has already started to tighten the ole trouser region in a very Daily Mail~hating way. Amy is bit like many pulchritudinous gurls, totally bonkers - her fake radio scene was delightfully Dahl~esque. Full credit must go to Kazza for portraying someone in lurve but clearly harboring a grudge (don't we all dear!) but a gold star is awarded to her "entering the TARDIS" moment. We've had some good ones over the years (specifically in recent times) but Amy's amazement and childlike wonder as she wandered into the time and space machine was superbly played with seemingly impossible wide~eyedness by Gizza (no, that doesn't quite work - won't be saying that again). 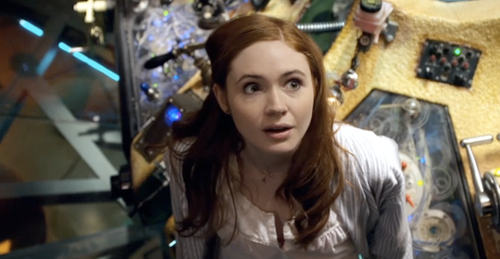 Full marks and a soulful pat on the head also go to the even~younger Caitlin Blackwood who played Amelia Pond. Man, she was damn good! Kids can often come off as, well, kids but Caitlin plays her lonely part so believably that one wonders what the flip is going on in the girl's actual life. Her facial expressions were a treat, evoking (for me anyway) kiddy comic strips, especially when Amelia chomps down on some ice~cream. Counter this with the utterly heart~wrenching scene of her packing her little suitcase and then sitting, waiting... *sniff* 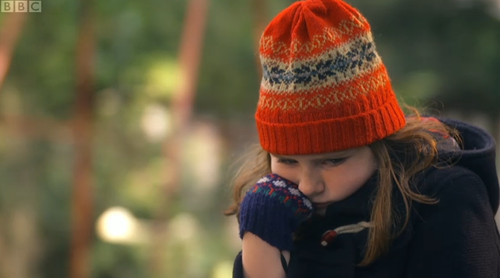 Again, like Amy's first TARDIS scene, this moment was punctuated by the genius of Murray Gold (should I call him "Muzza"?) His score for The Eleventh Hour reaffirmed my lurve for him, well his music anyway. These two moments were beautifully touching but he also delivered, as always it should be noted, in both the 'action' and, dare I use such an annoying and reductive word, 'epic' departments (next to the 'Trouser' department). I particularly enjoyed his choral work on this occasion, nice one Muzza! 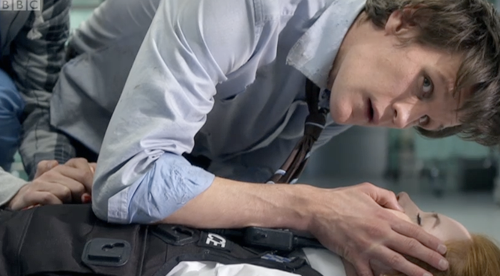 So, the perfect opener? The perfect episode? Sadly, not quite. The CG work, whilst good, was a bit, how does one put this, duff at times. And slightly unnecessary too. Prisoner Zero (has escaped and hopefully released an album full of tracks like we heard in the episode) was an excellent creation though its execution was not great. Likewise, the ships used by the Atraxi were not always believable (though that eye did creep me out) despite their attractive style. It should be said that these really are minor points and in no way affected my total enjoyment. Anyway, back to the good stuff. 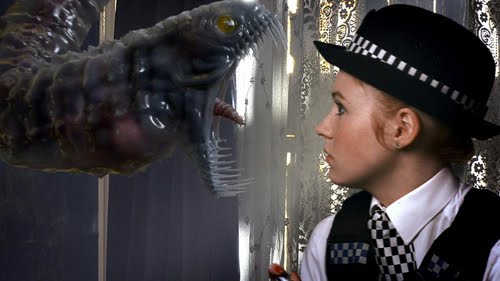 The supporting cast are certainly worthy of a mention - always been a fan of Olivia "Olly Colly" Coleman, would have made a top companion (read my thoughts HERE) - and one wonders if we'll see Rory again? (Of course we will, you've posted pictures of him in future episodes!) And this mysterious Jeff fellow, I'm sure someone said he was The Meddling Monk... Moffat has set up an interesting, not to mention burr~illiant, situation in Leadworth with these characters, but also with what look like will be 'arcs'. Pandorica, silence, crack - you get the picture. 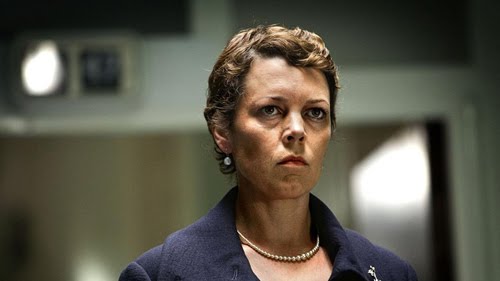 Congrats and one big cabbage to The Moff for the reveal of both Doctor Who's outfit and the TARDIS interior. Very natural. And a doff of the fangasm cap for featuring the previous Docs, a nice touch though I do hope that we can start afresh, as it were. Doctor Who feels very new at the moment and I wouldn't like to see it bogged down in continuity and needless references - though I'm sure Moffo is far too savvy for that nonsense. Having said that, I did appreciate the nod to the Paul McGann TV Movie in the TARDIS when we were presented with POV shots of The Doc and Amy around the girth of the new console (similar to The Doc and Grace's "alarm clock" scene). 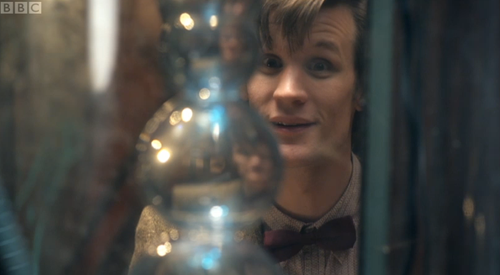 So, if you did just jump ahead to read the final paragraph then I salute your resolve. Needless to say, and rather predictably, Doctor Who remains the greatest television programme ever. The golden age continues unabashed. Really, it's as simple as that.
And don't forget kids - bow ties are cool.