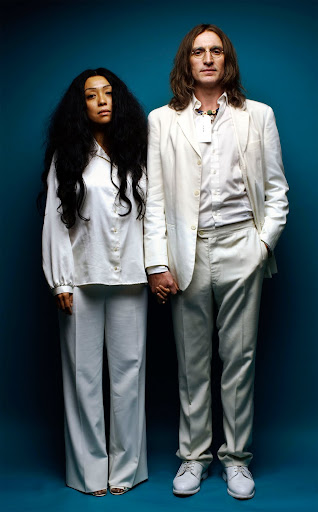 Teaming up again, for the first time since 2005's Aliens of London, are Christopher Eccleston (The Ninth Doctor) and Naoko Mori (Toshiko Sato). Lennon Naked stars the pair as John Lennon and Yoko Ono and is "coming soon" to BBC Four, showing as part of the channel's Fatherhood Season. Click on the pic for a bigger, Beatlier version:

John Lennon’s role as a father, and the impact of the brief and unhappy reappearance of his own absent father into his life, is the focal point of single drama, Lennon Naked, in which Christopher Eccleston portrays the star during the pivotal years of 1967-71 when he was transformed from Beatle John to enduring and enigmatic icon.