REVIEW: "Time and the Rani" DVD

I have to say that this year has not been, how should I put it, a vintage year for DVD releases in the Doctor Who range. Thankfully we've got the pant~wetting~inducing Revisitation Box and The Seeds of Doom to look forward to but before that here's, wait for it, Time and the Rani. Sylvester McCoy's debut is one of those stories (like Time Flight or The Twin Dilemna) that generally has a bad name in fan circles (like crop circles but a helluva lot more irritating). Its position in the recent DWM poll (almost at the very bottom) is even cited in one of the accompanying docs on this release - and those involved are not shy about saying they're not "proud" of the 1987 four~parter. 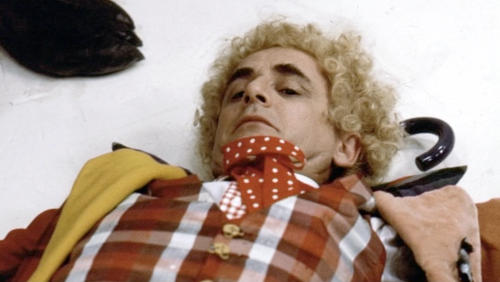 Now, I'm not going to waste your time, or mine, examining Time and the Rani - enough has been said. I hated it then, loathed it when released on VHS (though still bought it and watched it!) and still have nothing but contempt for it now. I'm sure there are fans of the story so I won't further upset those thirteen people. For me, this story shows just how little the BBC cared about Doctor Who at the time. Who signed off on this? If proof were needed that they wanted to get rid of the show then this is a prime example. 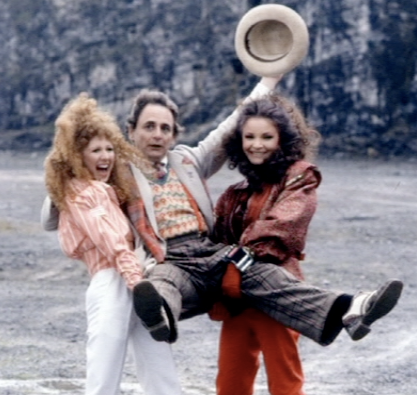 Thankfully, McCoy's performance changed over his brief time on telly and the stories improved but that's not going to help you trying to get through this. Plus points? The computer generated effects are, actually, still purty good. Particularly the "flying globes" and explosions in the first episode along with expert model work. You also get to see Who veteran Wanda "Benny Thundersnatch's mother" Ventham in action but the negatives far outweigh the good in this, frankly, poorly thought~out, acted and produced story. 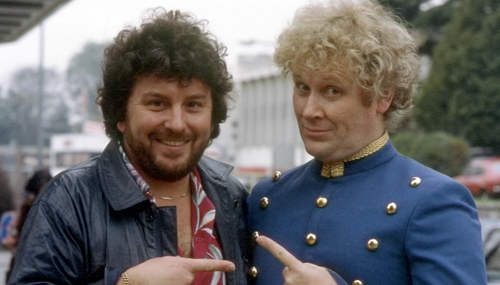 EXTRAS
It's the extras that make this DVD release an essential purchase. Warning, however: even if you dislike the story, like me, these extras will engage you so much that you'll forget your feelings for Time and the Rani and watch it again. First up is one of the best documentaries produced for a Who DVD, Last Chance Saloon; an absolutely fascinating study of the position Doctor Who faced during the mid~80s and just how Sylvester McCoy came to be cast. 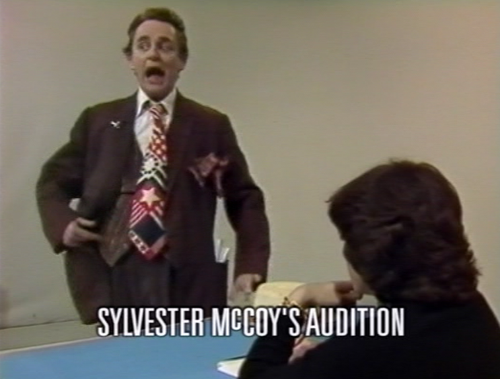 All the main players are featured (though no Bonnie Langford sadly) and there's also some archival footage from John Nathan~Turner to further paint a picture. If the facts weren't enough to salivate you then you will be positively drooling when you get to see the audition 'tapes' for The Seventh Doctor. Simply gob~smacking. Apart from McCoy you get a couple of other actors auditioning but most amazing of all is who they are reading with on this footage - only flippin' Janet Fielding!

Fact fans may note, that Janet also starred as Tegan alongside Colin Baker's Sixth Doctor in a Jim'll Fix It sketch. I will point out that the Aussie beauty is not playing the companion here but that of a Maggie Thatcheresque villain... Aside from McCoy's frankness about his portrayal in the opening episodes (admits that he got it wrong) there's a eye~opening letter from Sydney "The Guv'nor" Newman to JNT regarding how the show should continue - professing that The Doctor (or 'Dr. Who' as he calls him) should be played by a woman! 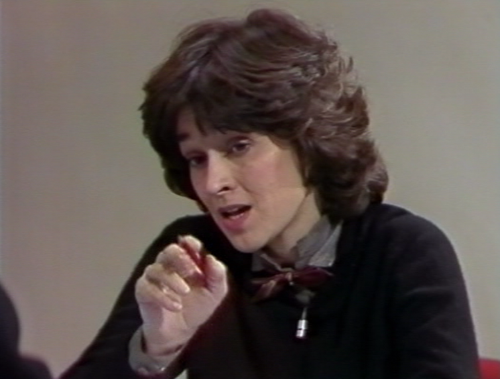 Two of the other featurettes take a close look at the computer~generated imagery and production of the title sequence. Fascinating for nerdoids like me but not sure how they'll translate to the 'normals' out there (though I can't image too many 'normals' buying Time and the Rani). Filling up disc space is McCoy's delightful, if slightly nervous, appearance on Blue Peter (with fellow Who alumni Janet Ellis); an excellent 'On Location' report by BBC Breakfast Time which takes place in a quarry featuring Kate O' Mara in the most disgusting jumper I've seen in a long time; and there's also some extra discussions with Pip and Jane Baker and also the aforementioned O' Mara. 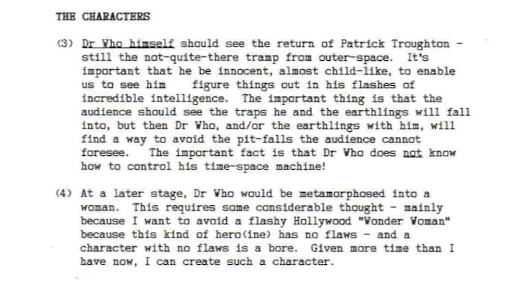 But there's more! Included are three Easter Eggs (three!), two of which are purty funny but there's one that's gonna get tongues wagging on its release (in a positive manner). I won't say what it is so you can get the same joy as I did when I watched it. Let's just say that it re~addresses one of the famous 'fan issues' about the story. As always, there's: a Photo Gallery; a PDF featuring Radio Times listings and feature; excellent Production Notes; and a trouser~tightening trailer for The Revisitation Box (pics HERE). 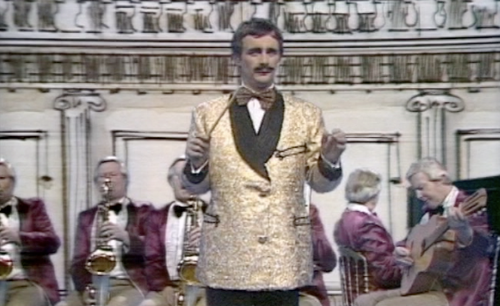 Lastly, the commentary. Whilst I'm very glad that Bonnie Langford has popped up here, evening~out her absence on the other features, chatting away very brightly with Sylv it's the inclusion of Pip and Jane Baker that slightly brings it down. They're just a bit too serious, a bit too rigid. McCoy and Langford (wow, that's a show right there!) get the tone right acknowledging the failures but also highlighting the fun they had (Bonnie claims never to have seen Time and the Rani 'til now). 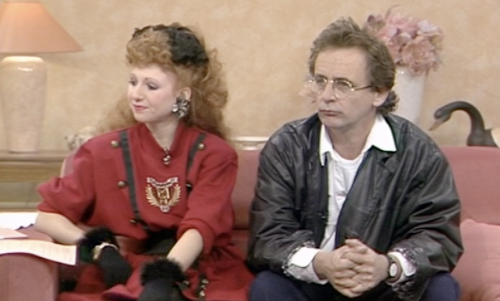 And there's a point I've raised before but have to again in regards to commentaries - repeated information. It's a bit grating to constantly have to do this but, for me, it marks an oversight on the part of the production team. There are stories we hear in the doc, and then in the commentary and are also repeated in the Production Notes. Totally unnecessary and a tad annoying. One would assume that those listening to a commentary (I appreciate not everyone does - weirdos!) have also watched the documentary and also read the production notes. Anyway, rant over - though I'm sure I'll have this same point to make again in the future. 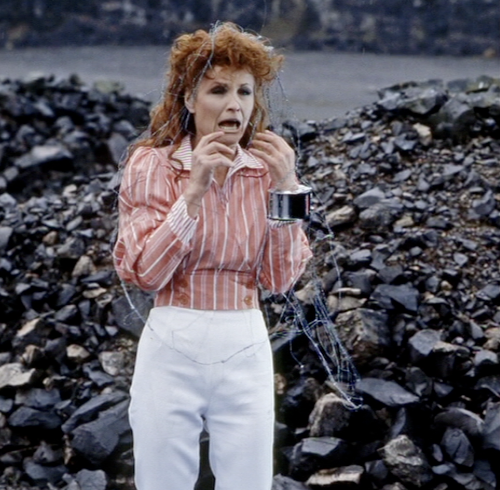 Time and the Rani is worth purchasing alone for the extras, and there is a bountiful array of them - surprising for a single disc release. It's almost as if they're trying to compensate for the story itself which is much appreciated by this reviewer! The rating below is based purely on these magnificent features. One hopes that this is the standard that the range continues to deliver in the final years of the collection. 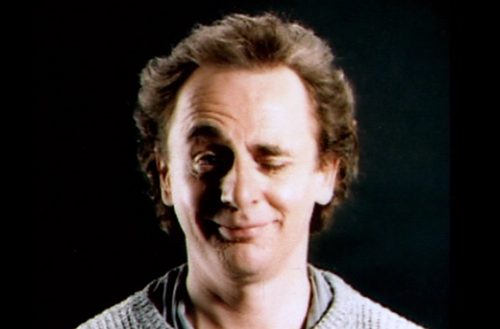