Coming up next month from 2|entertain is another 'classic' Doctor Who DVD, this time it's Time and the Rani - Sylvester McCoy's first story as The Seventh Doctor. Read details on the extras below and click on the cover for a bigger version:

• The Last Chance Saloon– by 1987, senior executives at the BBC were on the point of killing-off Doctor Who in the face of stiff fan opposition. Instead, they decided to give the show one last chance… With actors Sylvester McCoy and Kate O’Mara, producer John Nathan-Turner, director Andrew Morgan, script editor Andrew Cartmel, writers Pip and Jane Baker, BBC Head of Series & Serials Jonathan Powell and graphic designer Oliver Elmes. Written by Nev Fountain and narrated by Richard Heffer. 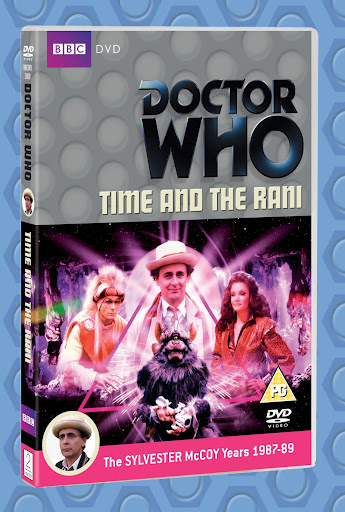