STORIES
I should probably state from the outset that Kinda is one of my very favourite Doctor Who stories so I shan't bore you with its obvious qualities (though I am aware that not everyone is a fan of it). For me it neatly demonstrates what makes Peter Davison's Doctor so lurveable: he potters into a situation, creates problems for his companions and bumbles along trying to save himself and his chums.
Not trying to save the, or a, world. 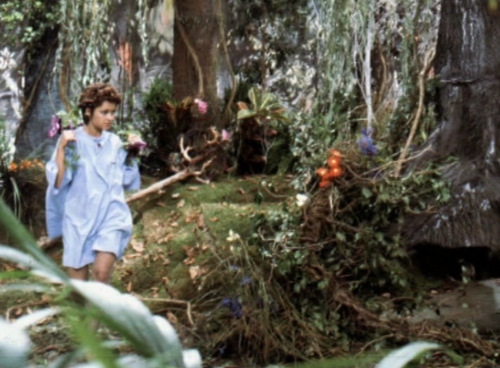 Indeed, his arrival has instigated this story - the appearance of the Mara - so it's only right that he should clean up after himself. But what I appreciate most about Kinda is the layered storytelling that's going on. Sure some people, including the writer of the story (Pah! what does he know??) will have you believe that its about Buddhism but, for me, the main theme of the story is drug abuse. 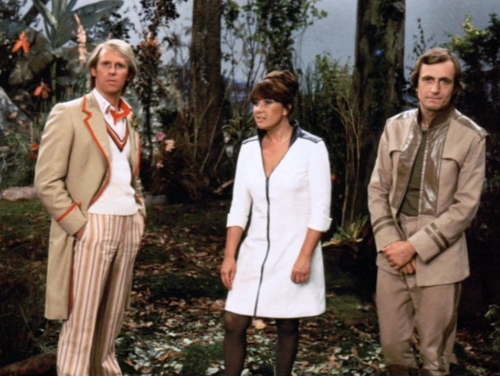 There is another thread of failed colonialism, which starts very strongly and illustrated so expertly in Richard Todd's performance (a neat slice of intertextual casting, having been so very British in The Dam Busters) who goes from stout Englishman to wide~eyed loon, reflecting the fall of the Empire. The indigenous people of Deva Loka, the titular Kinda, are the "primitives" being introduced to civilisation. But, of course, they have all the power here. 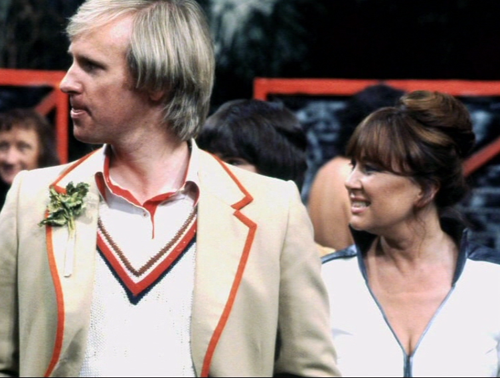 Anyway, back to the drugs, man.

The "dream" sequences featuring Tegan, so trouser~tighteningly well played by Janet Fielding, and Dukkha evoke the typical Eighties youth orientated drug scare tactics; made~up with red eyes (and mouth, no less). Eerie scenes, lit and digitized like a David Bowie video, show the addiction spreading from one addict to another. I mean, could the snake be any more like a needle? It carries the 'drug' (the Mara) from one user to another. Once 'infected', Tegan moves to spread her euphoria to the rest of the population. 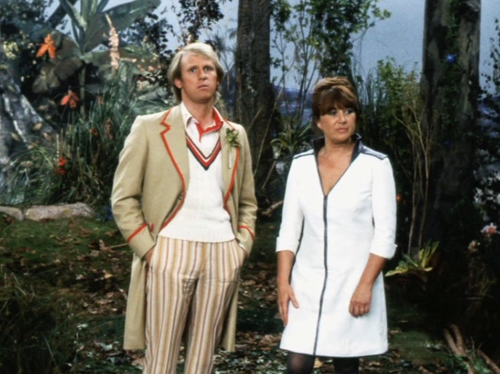 Of course, I have to mention Simon Rouse; who delivers simply one of the best performances in the history Doctor Who. If his spine~chilling cry of "Mummy!" doesn't have you gasping then his utter breakdown with the line "You can't mend people!" will have you wondering why he squandered his life in The flippin' Bill. An amazing and truly memorable portrayal of an unhinged character without taking it too far and yet, at the same time, taking it so far. Sadly its sequel, Snakedance, doesn't have as many layers of storytelling (or at least successfully). And despite Robert Shearman's protestations on the DVD extra, I cannot find enough to enjoy here as in Kinda. Like many Eighties tales the production rather overpowers the story, with garish costumes (though in context it should be noted) and terrible lighting. Martin Clunes plays the curt and bored "teenager" very well and the rest of the cast perform admirably but there's not much after the first two episodes to get interested about. Even Fielding's possessed Tegan is a diffused, less effective version (though, still erotic). And crikey, what an abrupt ending! (Though the original ending is included in the extras, fact fans.) 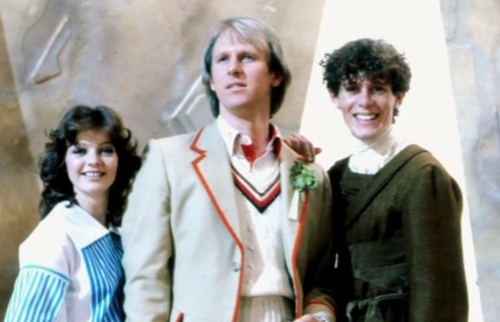 EXTRAS
First up, the commentaries. Taking duties on Kinda is Peter Davison, Janet Fielding, Matthew Waterhouse and Nerys Hughes and a fine bunch they are though Waterhouse does get picked on rather amusingly (though given his negative remarks about the fine soundtrack, it's not hard to see why). The gang keep to the production as much as possible though the chat does veer brilliantly into other arenas (particularly of the "saucy" variety). Factoid of the commentary is that one of the kids in the story is Jonny Lee Miller! Snakedance offers up a similarly amusing audio with Davison, Fielding and Sarah Sutton. Much of the story is dispensed with in favour of titter~worthy "arguments" between Davison and Fielding - they really need their own television show.

The accompanying docs are a fine and vastly informative, if slightly standard talking~headsy, collection. Due to the nature of Kinda's production, there are some excellent contributions from Eric Saward and writer Christopher Bailey. They may well have been at odds but their accounts are frank, never overly praising and the feel is conversational; it's a quick to~ing and fro~ing between their subjects. Director Peter Grimwade's contribution to the world of Doctor Who is investigated and we're presented with delightful archive footage of the man, who has numerous salient points to make. His other work is also celebrated in Directing with Attitude which takes in his screenplays and novelisations. 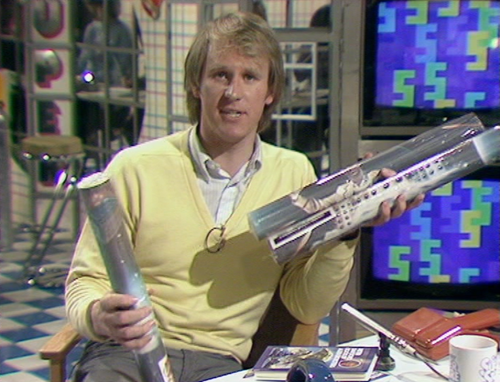 Also included are some excellent deleted and extended scenes which, for both stories, really do provide worthwhile additional materials (particularly the ending for Snakedance).
Finally, the new CG snake. As pictured here, you can see what an improvement it is. And, when you watch it within the episode, this enhancement really does make a difference. Kinda becomes perfect because of this change. It's a remarkably well realised and produced bit of CG work that really does illustrate the power of appropriate computer~generated imagery. By far the best addition to any Doctor Who DVD and certainly one of the best additions to any show or film I've seen.