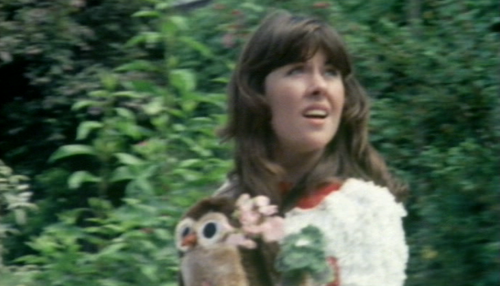 It is with great sadness and unbearable sorrow that this post even exists.

Elisabeth Sladen, the world's favourite Doctor Who companion Sarah Jane Smith, has died at the age of 63. Her first appearance came in 1973's The Time Warrior alongside Jon Pertwee and carried on until 1976's The Hand of Fear with Tom Baker. Sladen would return to the role in the first Who spin~off K9 & Company (1981) and again in the 1983 special The Five Doctors.

Sarah Jane's popularity, a testament to Sladen's wonderful performances, continued into the new series with her return in 2006's School Reunion alongside David Tennant. This would lead to her own show, The Sarah Jane Adventures, which has so far spawned four complete series (a fifth being already partly filmed) whilst also starring in both the Doctor Who Series 4 finale and The End of Time Part 2.

On a personal note, Sarah Jane utterly captivated me as a companion. Her time in the TARDIS included so many memorable moments that she was such a huge part of. No memories of Doctor Who would be complete without her. Visitors to this site will know that I am also a huge fan of The Sarah Jane Adventures where Lis would regularly display just how brilliant she was every week. And just how engaging she is to a whole new generation of fans.

I never met her but attended the BFI screening of Death of the Doctor last year where she sat amongst the panel regaling us with stories, some cheeky, and overwhelming positivity. Her vibrancy and vitality clear for everyone to see and enjoy. One of the show's great ambassadors. She will be achingly missed.

Read more tributes HERE and news of a special tribute from the BBC HERE.