REVIEW: Day of the Moon [SPOILER~FREE]

PLEASE NOTE: This is a SPOILER~FREE review. No plot~points or revelations are given away. Feel free to read on in safety.... 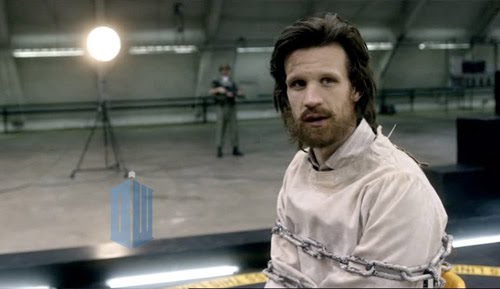 Doing a spoiler~free review of The Impossible Astronaut was tough enough due to the spoiler~ish nature of the story but Day of the Moon is even more of a job. It's not so much a story as a series of twists and surprises - some of which pose more questions than answer. 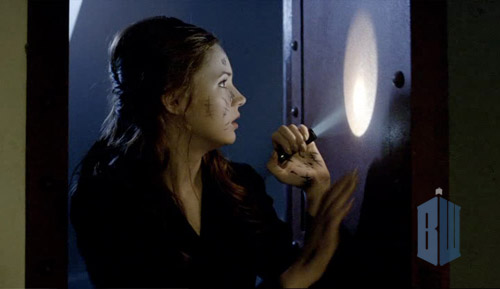 In fact, answers are most definitely not on Moffo's agenda here. He seems more intent on creating intrigue and mystery at every turn - a facet that some viewers may find infuriating whilst others will drink it in. So you'll forgive me for not delving into any of the plot points, as they are the main source of joy in the episode; each a wonderful treat for the viewer. 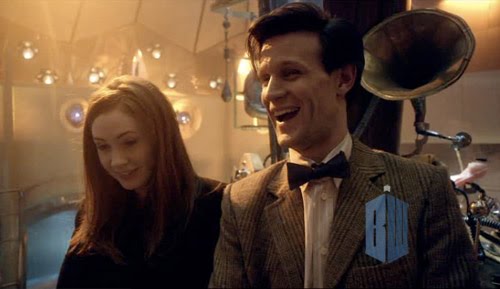 Although the second of a two~parter, Day of the Moon feels like a completely different story as it features so many new locations (though not many new characters) and the notion of darkness is further enhanced - particularly during the orphanage scenes where Amy and Canton are on the trail of a little girl (I think you can guess which one). It's a absolute, 100% creep~fest. *shivers*

It's also during these moments that some crucial future issues are first presented (one imagines). 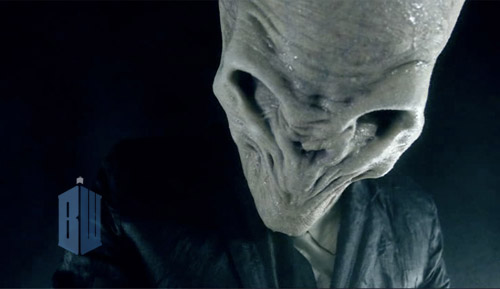 Again, like The Impossible Astronaut, the production values are incredibly high, with a return to the beautiful Utah landscape and fantastic location work (Cardiff doubling for New York, for example). The set pieces are also a treat on the eye (and excitement receptors), with the aforementioned orphanage scenes and a showdown with The Silence being most notable. 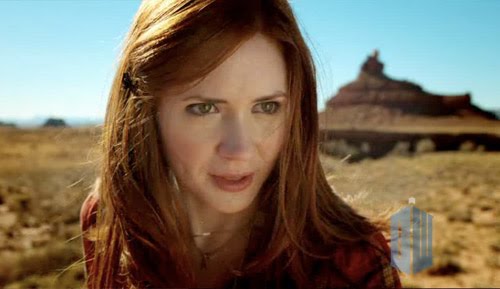 But the characters are at the forefront of the tale and we witness Rory's seemingly constant struggle with his relationship with Amy. Mr Pond spends a lot of time looking mournful, skulking around in the TARDIS. Frankly, for me, it happens a little too often and tonally jars with the threat and general feeling of malevolence. There's also another heart~breaking moment for River Song as she fully comprehends her dwindling time with The Doctor. 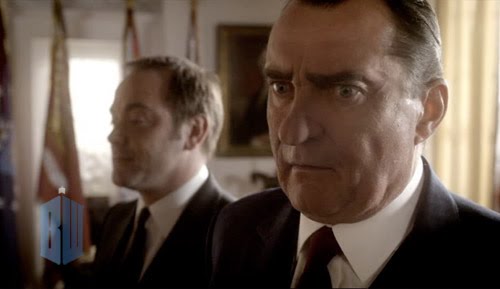 Strangely, there are a fair amount of jokes crammed in; and sometimes at the expense of the drama (which is probably just why they are there). Some gags will rile and annoy, especially due to their lightweight nature. There's also the familiarity of Moffo's trademarks - warnings written on walls, paradoxical time~travel, the use of televisions, children, The Doctor in an inescapable "prison" and yet more instances of ********** ***** (Spoiler~related issue). One hopes the rest of the series is a bit more fresher in the ideas department. 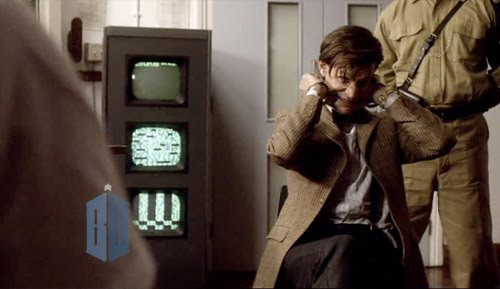 Day of the Moon has an odd feel about it; there are some resolutions, some action, a lot of character development and a trouser~full of mystery. It's not so much a story as a canvas where the rest of the series has begun. The excitement, for the most part, overcomes the negatives and leaves you with an adrenalin~rushed aftertaste.

Oh, and THAT ending. 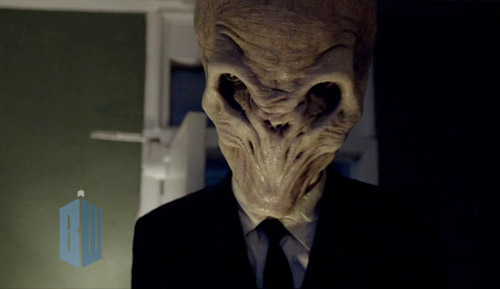