Coming out next month is another Classic DVD box set including two stories; one from the William Hartnell era and one from the Peter Davison era. Earth Story, featuring The Gunfighters and The Awakening, will be released June 20 with an RRP of £30.63. Click on the pictures for bigger versions and read about the special features below: 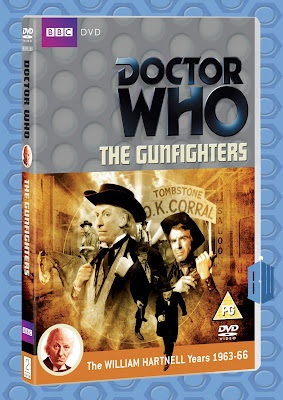 • The End of the Line – After two years on the screen, Doctor Who had become a television phenomenon, regularly reaching an audience of ten million viewers. But with a change of producer and script editor and the looming prospect of losing the lead actor, the programme’s third year was the one that would make or break it… With actors Maureen O’Brien, Anneke Wills and Peter Purves, script editor Donald Tosh, new series writer Gareth Roberts and long time viewer Ian Levine.

• Tomorrow’s Times: The First Doctor – looking at the newspaper coverage of Doctor Who during the programme’s opening years. Presented by Mary Tamm.

• Photo Gallery - production, design and publicity photos from the story, set to the entirety of ‘The Ballad of the Last Chance Saloon’. 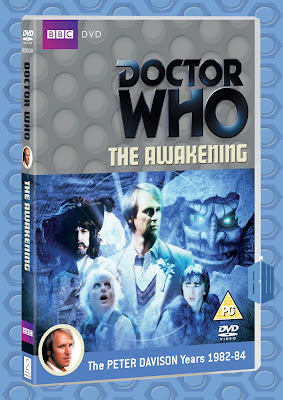 • Return to Little Hodcombe – Director Michael Owen, actors Janet Fielding and Keith Jayne and script editor Eric Saward return to the three villages that played host to the locations for The Awakening, and along with locals they reminisce about a memorable shoot…

• Making the Malus – visual effects designer Tony Harding and modelmaker Richard Gregory are reunited with the Malus prop they built for the story. Current owner Paul Burrows is on hand to describe the reality of living with a giant stone monster on the lounge wall…

• Now & Then – the latest in the ongoing series visits the villages of Martin, Shapwick and Tarrant Monkton to compare the locations used in the story with how they appear today.

• From the Cutting Room Floor – extended and deleted scenes from a timecoded VHS of the original edit and unedited film sequences, plus location action from the film rushes.

• The Golden Egg Awards – the inadvertent destruction of a prop lychgate by a horse was the winner of The Late Late Breakfast Show’s Golden Egg Award. Peter Davison is on hand to collect the trophy from host Noel Edmonds. 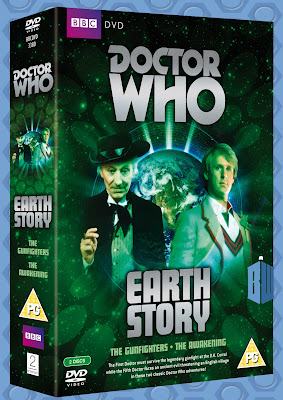