STORIES
Yes, both these stories are set on Earth - and that is worthy of a special box set. Moving on... The Gunfighters is, indeed, as one of its episodes suggests A Holiday For The Doctor. Unremarkable purty much sums up this "classic" (not my words) four~parter (as it does to the accompanying Peter Davison two~parter) and it's quite the collection of "cliff~hangers" - each one as uneventful as the last.
To further infuriate there's that bloody song (The Last Chance Saloon) that pops every second (well, not quite, but it certainly feels like it) and a cast that seem to have OD'd on YAS (Yank Accent Syndrome) resulting in a production is already challenging before we even get to the story itself. Thankfully William "The Guv'nor" Hartnell is on hand to entertain no end with his excellent comedic turn. 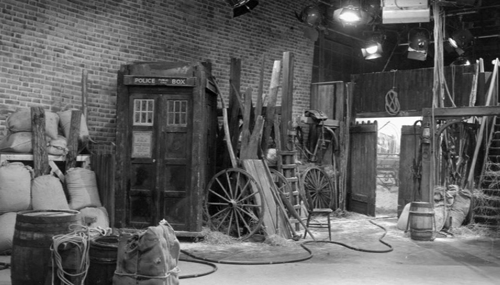 There's plenty to bemoan and, whilst not awful, it is one of those stories that doesn't beg a repeated viewing. Likewise 1984's The Awakening may have some interesting location shooting and a neat~looking alien, the Malus, but it fails to spark any engagement with the audience; despite its interesting premise. The cast also fall well short of provoking any reaction from the viewer.

Both stories are well~matched, neither terrible or excellent; neither memorable or disposable. The Gunfighters and The Awakening are definitely worth checking out though, as I said, it may only be once. 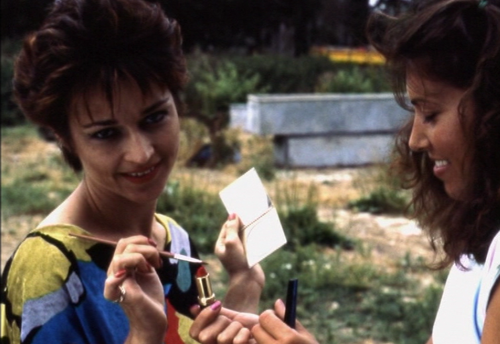 EXTRAS
First up are the accompaniments to the Hartnell story; and there's an intriguing, if slightly austere, commentary track moderated by Toby Hadoke and featuring some of those involved. Peter Purves, in particular, is an interesting fellow with some backtracking from the actor/presenter on previous comments. He has some warmth from the show despite the repeated negativity (something I welcome, to be honest). 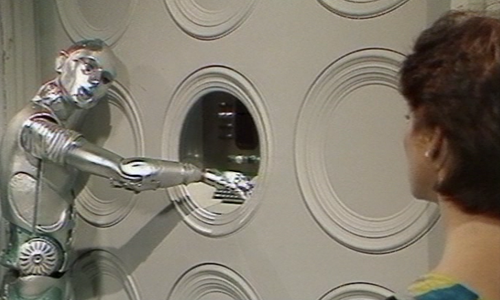 The doc, The End of the Line, is also quite serious in tone as we look at the end of The First Doctor's time on telly. Thankfully we have some of the players from the time but there's also excellent use of archival materials from a very turbulent time in the show's history. Fascinating to see how uneven Doctor Who was towards the end of Hartnell's time in the TARDIS - Maureen O' Brien's ignoble exit from the show, for example. It's an engrossing documentation, which could have gone on for much longer and my only criticism would be that the continuous soundtrack of piano sounds becomes a tad irritating.
The always excellent Tomorrow's Times (a series looking at the contemporaneous media reaction to the show) returns with the beautiful host Mary Tamm purring her way through the Billy H era. To be honest I had to watch it a second time as I didn't pay much attention to what she was saying; too distracted by her, was I. Anyway, another stonking installment, with enough reference material to satiate even the most salacious of reference~philes. 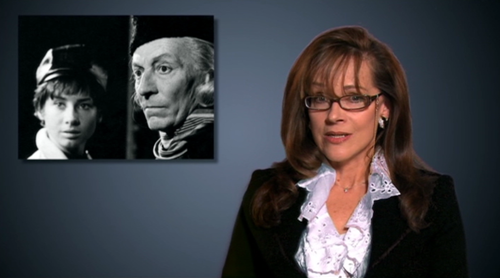 Given that The Awakening was only a two~parter, its extras would suggest otherwise due to the wealth of them. The commentary, sadly, does not feature Petey D but does include some interesting comments from Eric Saward on Matt Smith. Infuriatingly, we get the fact that actors had rehearsal time in the past as opposed to the modern style of television production (something, I think, that has cropped up on almost every DVD release). The Awakening is an apposite example that more time does not equate to better acting.
The main doc, Return to Little Hodcombe, is a welcome departure from the usual fare, being shot on location and using locals and their memories of the shoot (cue guffaws when one villager refers to fans as, wait for it, "geeks"!). Amusingly, most people involved didn't seem to understand what was going on in the story (maybe somebody should've piped up at the time). It's an upbeat piece that could easily pass for a BBC One on a Sunday afternoon show - hopefully more docs in the future will take a step off the beaten track. 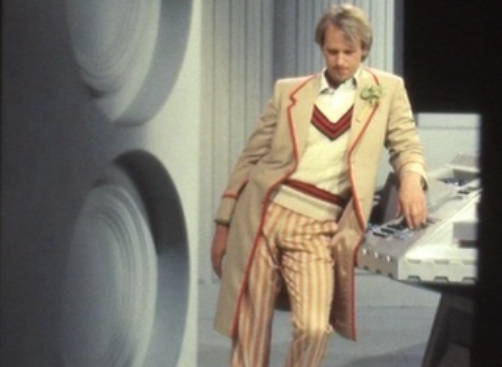 Other extras include: a neat little feature, Making the Malus, where we see the prop in all its glory; Now & Then, revisiting the superb locales in the story; some deleted/extended scenes (including the smirksome line, "Does the doctor know you're tapping that computer?"); an amusing Peter Davison face~off with Noel Edmunds in The Golden Egg Awards (I would explain, but I shan't); and a cracking Photo Gallery featuring some brilliant behind the scenes images (many of which I'd never seen). 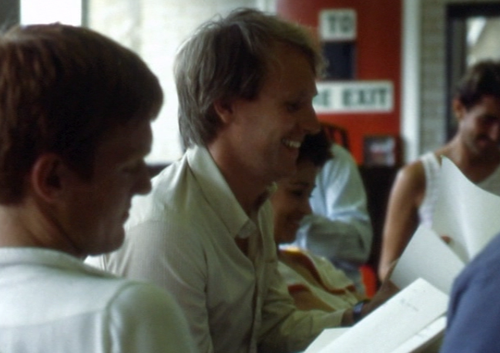 Whilst not completely engaging in the story department (though, as I state, they are perfectly acceptable yarns), the extras, as always, lift these pedestrian tales into a more essential sphere. Looking forward to its sequel box set, Moon Story...
BLOGTOR RATING 8/10