STORY
I have to be honest (well, I always am), this was a release I was not looking forward to reviewing (much like last year's Time and the Rani). Paradise Towers was not an enjoyable experience on first~viewing back in '87, even less so on the VHS release (though it did come with a "collectible" postcard - gotta get 'em all!) and now it rears its great big stinky head in the world of digital versatile discs. 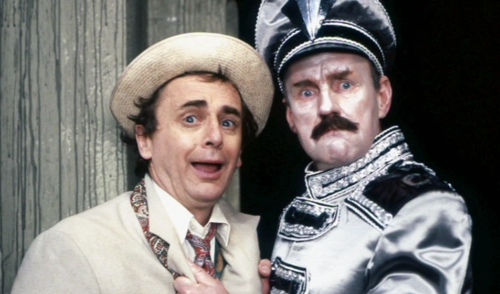 Can you tell I'm not a fan?

McCoy's first year, to quote the Daleks, is an abomination. I can find nothing, nothing redeeming about it and Paradise Towers is about as apt an example I can think of when it comes to this awful series. (I should point out that I am aware that Series 24 has its fans, good on you. You should probably just skip this part and go to the Extras section below.) 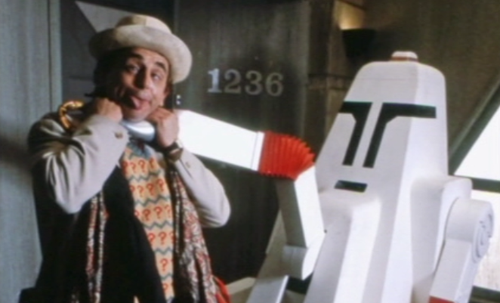 For me, Paradise Towers is an absolute stinker, a sign of the times that spewed it - but that's also what makes it such an intriguing watch. It's the decline of the Eighties in front of your very eyes. Despite the excellent premise, its production is so laughably amateur that one is left wondering just how on earth it made it to the small screen. The idea of a dystopian hi~rise was not new at the time and had already been done well (I'm thinking of the Max Headroom TV movie, for example), so it's surprising that those involved managed to fudge it so spectacularly.

Again, and I'm going for the cliche (but it's fact), lighting seems to be the biggest enemy. Any menace of the tower block is made redundant by over~lit corridors at every turn. But there's more to blame. The cast are uniformly appalling. Girl "gang" (more like troupe), the Kangs, come off as an immensely irritating bunch of gals who wouldn't make it into an Am~Dram production of Annie. The rest fare no better with some truly abysmal performances throughout. 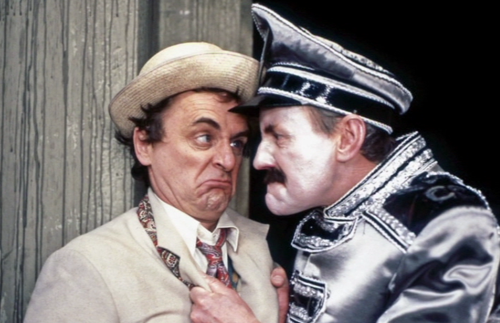 But this is where one may want to skew how Paradise Towers is viewed. If you take these heightened performances - the Rambo~esque Pex and Richard Briers' Hitler~lite Chief Caretaker are just two examples - and the pantomime production, the four~parter can be looked upon as an expressionist, almost Brechtian~style show. The reality of the situation cannot be taken seriously, in an emotional level (or even believable), but the concoction of whimsical and overpowering characters with childlike production values can result in a more interesting view. 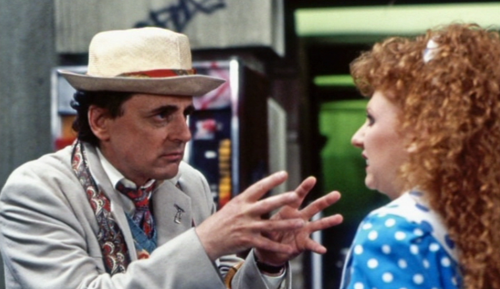 I'm not saying, for one moment, that this was the original intention, but the story does indicate how out of touch with the time Doctor Who was. It's also a prime illustration that the BBC would broadcast anything as long as it filled a slot (despite the writer's own admission that he was making it up as he went along). Again, Paradise Towers has its fans, I know this, but I sincerely hope this is the very last time I have to subject my eyes and brain to it. 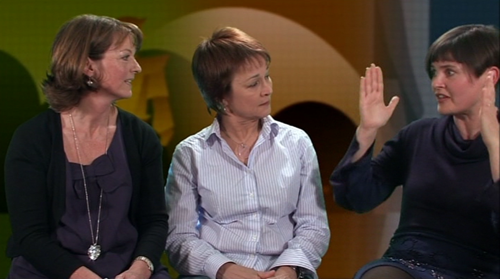 EXTRAS
Phew, well thankfully the special features make up for the story. The commentary, sadly, is a rather tame affair with none of the main cast involved and we're treated to worthy, if dull, discussions from actress Judy Cornwell, writer Stephen Wyatt, special sounds supervisor Dick Mills and composer Mark Ayres. They do discuss how the sound overpowers the dialogue which is an argument still raging in telly today. A pity that McCoy or Briers wasn't available to breathe much~needed life into proceedings.

The main documentary, Horror on the High Rise, is a marvelous feature looking at the story's genesis and the ongoing production issues. As evidence to the story's failure, those involved clearly demonstrate there was no clear voice guiding this mis~step - everyone (from cast to crew) having a different idea as to how to portray the tale. Particularly amusing are some comments from Andrew Cartmel, who uses phrases like "urban realism" (describing an attack on Mel) and "nuanced" (when chatting about Brier's performance). I don't wish to sound harsh, but I think he's slightly delusional about this story. 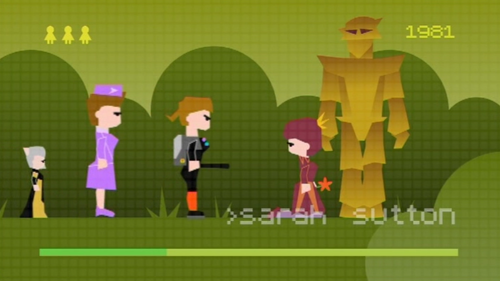 I think it's a pity that the makers of the docco didn't think to film in an actual high~rise to add to the claustrophobia (though I'm sure they probably did and it was a financial consideration). And despite some the absence of McCoy and Langford, the contributors do a fine job of keeping the history of Paradise Towers alive. My only beef, if you pardon the expression, is that presenter Mark Ayres is a little too meek and slightly pedestrian; never really revealing any personality - the complete opposite of such a brash and arrogant story.

Girls! Girls! Girls! The Eighties is a smashing discussion between Sophie Aldred, Janet Fielding and Sarah Sutton as they talk about their time on the show. It's heartening to see the ladies together being candid though sadly there's no Bryant to bridge the gap. Stick around to the end of the credits on this one for some superb Fielding face~work. Priceless. 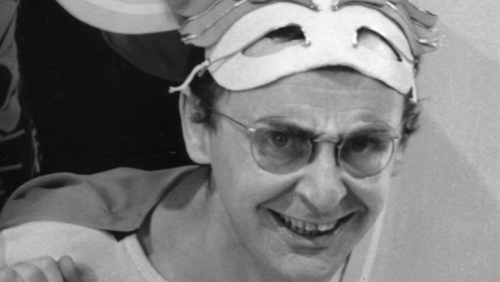 Casting Sylvester is another neat little interview with Clive Doig (Jigsaw producer), wonderfully put together with a most amusing title sequence. Much has already been said about McCoy's casting but another view (and overwhelming positive) is a welcome addition. Also included are some deleted and extended scenes which are purty much in tone with the rest of the story but it's great to have these excellent reference materials included. Special mention must also go to the Production Notes - incredibly funny (and informative, of course). Keep an eye on them each time Pex appears, great stuff.

As usual, the extras make even the "worst" Doctor Who story worth purchasing. And whilst the commentary lets the side down, in that respect, Paradise Towers is a fascinating release. It documents the show in a troublesome time, trying to change but, ultimately, remaining the same. Alternatively, you can have a few drinks and "enjoy" the actual story itself, or even lots of....
BLOGTOR RATING 7/10