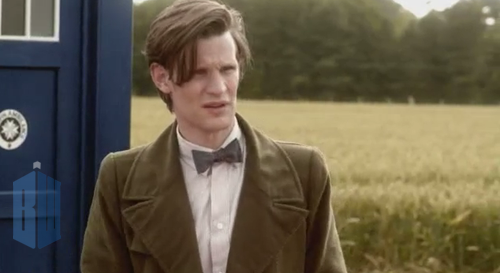 Not long until Let's Kill Hitler airs on Saturday Aug 27 (UK, US and Canada whilst Australia gets a Sep 3 broadcast). In the meantime, check out twelve pieces of dialogue from the episode. Check out some teasers HERE and a spoiler~free review HERE. Come back on Tuesday at 00.01 for some new promo pics.

I've been hiding for hours.

Anyone can tell it was a clever lie!

We need to go later in his time~stream.

That blue box? We've got a match.

Took me years to find you two.