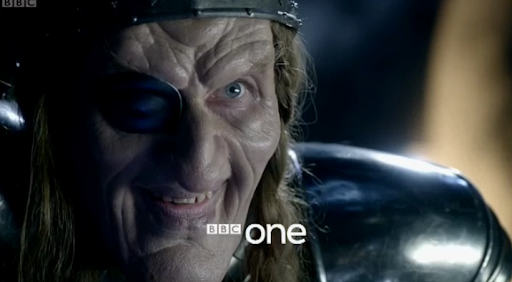 Although Mark Gatiss has already appeared twice in Doctor Who (Professor Lazarus in The Lazarus Experiment and an uncredited voice in Victory of the Daleks), a recent interview with Simon Fisher-Becker (Dorium Maldavar in The Pandorica Opens and A Good Man Goes To War) suggested that the writer would be making another appearance in the show (specifically Episode 13).

As it's unlikely Gatiss will be appearing as 'normal', Blogtor wonders if the pictures included here, from both trailers from Series 6, Part 2 are of the Sherlock writer in action. Judge for yourself. Click on the pics for bigger versions. Mark Gatiss has also written a story for the series, Night Terrors

ETA: The Radio Times has confirmed that Mark Gatiss will star in in the episode now titled, The Wedding of River Song.

ETA (Sep 21): Blogtor can confirm that is IS Gatiss. His character name is Gantok. 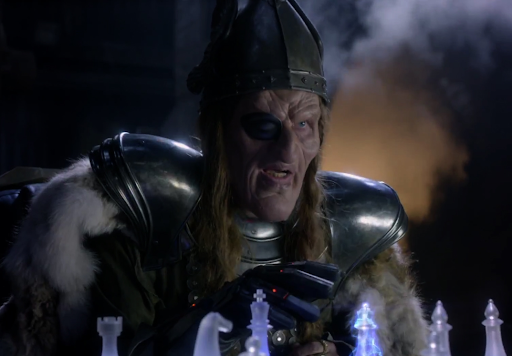