BBC Books have announced three new exciting Doctor Who titles for Autumn 2011. Check out the details below (click on the pics for bigger versions): 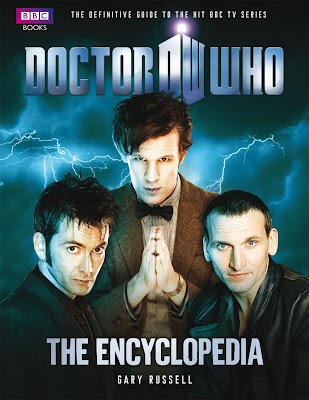 Doctor Who: The Encyclopedia
by Gary Russell
13 October 2011, RRP: £25
The fully revised and updated Doctor Who Encyclopedia, covering every episode from 2005 to the present.

River Song still a riddle? Stumped by the stolen planets in the Medusa Cascade? Forgotten what happened in the Timelines That Never Happened? Look no further…

Completely revised and updated, this is the ultimate guide to everything and everyone that’s ever happened, un-happened and happened again in the worlds and times of the Doctor. The Doctor Who Encyclopedia now covers the Eleventh Doctor's first two seasons, plus every Ninth and Tenth Doctor story, and is packed with photographs and artwork from seven stunning years of adventures - including the charity specials, animated adventures, computer games, TARDISodes and preludes. This is your complete tour of time and space – from ABBA and Inspector Abberline to Melody Zucker and the Zygons.

Doctor Who: The Encyclopedia will be accompanied by some very exciting digital plans to be announced at the end of August. 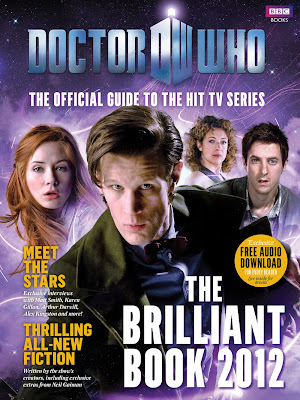 The Brilliant Book of Doctor Who 2012
Edited by Clayton Hickman
13 October 2011, RRP: £12.99
The indispensable official guide to Series 6 of Doctor Who!

Packed with unseen photographs and original artwork and illustrations, The Brilliant Book of Doctor Who 2012 is your indispensable guide to Series 6 of Doctor Who.

Learn the art of making a memorable monster, discover how the show's secrets are kept, and see a full episode by episode guide, including deleted scenes and hidden gems you might have missed. Find out who legendary Time Lord The Corsair really was, and voyage with the Pirate crew of the good ship Fancy before they heard the Siren's song; discover the full story of the fight for Ganger rights and get a taste of the future with Dorium Maldovar.

The Brilliant Book of Doctor Who 2012 contains the code for a free download of Eleventh Doctor audiobook, Doctor Who: Night of the Humans (produced by AudioGo) by David Llewellyn. 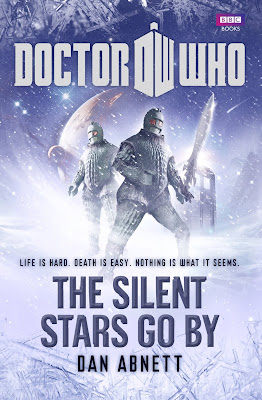 Doctor Who: The Silent Stars Go By
by Dan Abnett
29 September 2011, RRP: £12.99
The Doctor battles his old enemies, the Ice Warriors - in a special holiday themed adventure

For centuries the Maintainers have worked. With no help from other worlds, they subsist on the food they can grow and that’s little enough. But their purpose, their whole life is to maintain the machines that will one day make their world as habitable as old Earth.

Life used to be hard. Now as their crops fail, livestock sickens, and the temperature drops, it’s becoming impossible. This year’s Winter Season Feast won’t be the usual celebration. It’s not a time for optimism or hope – and it’s not a time to welcome unexpected guests. The Doctor, Amy and Rory find a society breaking apart under the strain. Tensions are mounting, old rivalries are coming to the fore, people are dying...

And then the Doctor’s old enemies the Ice Warriors make their move. With the cold-hearted threat of invasion, the real battle for survival begins. Or does it? The Doctor begins to suspect that behind everything lies a deadlier, and even more chilling danger...