Well, it is a looong time 'til Series 7 starts, so here is Blogtor's countdown of things he'd like to see during the 50th Anniversary celebrations for Doctor Who during 2013. PLEASE NOTE: They're not all entirely serious...

49. A decent video game
I mean seriously, come on! Dalek Attack still remains the best despite "attempts" from Nintendo and the BBC website. The latest editions to the doomed medium, Worlds in Time and The Eternity Clock, are not inspiring confidence. Having said that, I don't play games so I don't particularly care. 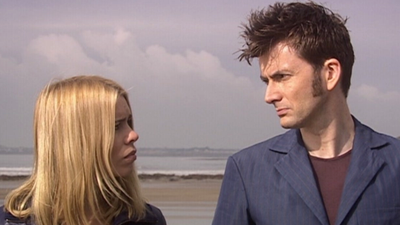 48. Rose & Ten.5 sitcom
Just imagine Bill Pippette and Davey T stuck in a parallel Norway - with high~larious consequences! Each week, The Doctor tries to grow a TARDIS from a bit of coral only to find the missus has bought the wrong soil. Series finale includes a guest appearance from Adam who turns into Davros - with high~larious consequences!
47. A Brilliant Book for every year
Actually, this is a serious one (not that the others aren't *coughs*). The last two years have seen the amazing Brilliant Book of Doctor Who released (watch the Blogtor review of the latest one HERE) and one cannot help but imagine what it would be like to have one for every year of Doctor Who's existence. Helpfully, some talented people have put together The Wonderful Book of Doctor Who 1965 - check it HERE.
46. The TARDIS to change its appearance
I mean, a Police Box still? Jeez. 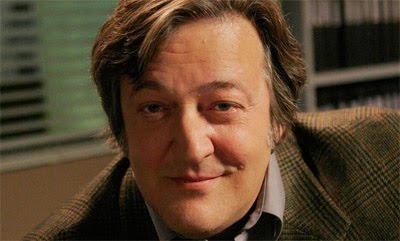 45. Whatever Happened To Stephen Fry?
A one hour documentary, narrated by Stephen Fry, looking at why writer, Stephen Fry, was unable to complete his Doctor Who story for Series Two in 2006. It stars Stephen Fry and finds him interviewing various cast and crew to discover the reason behind Stephen Fry ditching Doctor Who in favour of bloody Kingdom (currently residing in the "what the hell was that?" televisual archive). Also features Stephen Fry. #stephenfry
44. Official Doctor Who Convention hosted by Blogtor
Well, one can dream...

43. Doctor Who Meets Scratchman
If you read the excellent article in Doctor Who Magazine 379, then you'll know all about the proposed movie from Tom Baker and actor Ian Marter (Harry Sullivan). If not, then let's just say it's a suitably nuts idea from the former Time Lord, who hatched the idea with Marter during their time together on the show. The final moments of the film would have involved Harry, Sarah and the Doctor being buffeted about in a giant pinball machine. Nice! Anyway, let's get this baby made. What's David Yates up to? Oh, and the title brings me to my next wish...
42. Can't We Just Call Him "Doctor Who" now?
"The Doctor" is just so..., meh! 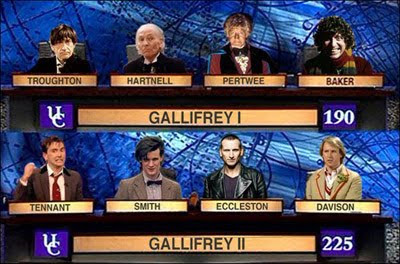 41. University Challenge
Would it be too much to see Gallifrey's finest knowledge~off against one another on BBC Two's quiz show for "brainies"? On top there's "classic" boys Tom Baker, Peter Davison, Colin Baker and Sylvester McCoy whilst they contest "newbies" Paul McGann, Christopher Eccleston, David Tennant and Matt Smith on the bottom. #wow Ideally it would end in huge punch up, after Eccleston walks off 'cos Paxman was bullying two of them for being sh*t. (I'll let you guess which two).