Uh-oh, get the hankies ready Blog~a~trons for Blogtor has collected up his favourite moments in Doctor Who that melted the cold hard circuitry of his unloved titanium computer core. So here are eleven times in Whostory that got old Blogtor teary the most. Set eyes to blub...

We were only forty-odd minutes in to the new series and I started welling-up. And what caused this outburst? A flippin' slow-motion sequence. So easily manipulated was I. Yup, as Rose ran towards the TARDIS, after her Auton adventure, the tears started to come. But why? This isn't a particularly heartstring-tugging moment, many of you might be saying (or typing in the comments section). No, but it was at the end of this story, whilst Rose was slow-mo-ing towards the Time Lord's ship, where I realised that Doctor Who was back, really back - something I had waited a long time for. And on the evidence of this first episode, it was something I was going to care about deeply. Already less than an hour in, and my heart was full of strange feelings, not normally associated with the show....

I know this was a kicker for many, many people (most probably at the top for a great number of you) and it's still an incredibly powerful watch all these years on. Bad Wolf Bay was the scene of one of the most remarkable scenes in Whostory - The Doctor was clearly in love with his "companion". The final ten minutes or so of the Series Two finale were emotionally challenging and charged as television's favourite couple save the Earth (both of them) and were then separated by, well, whatever separates Parallel Universes. [I think that's "Void Stuff" - Ed.]  Poor little Bills blubs away, declaring her lurve for Davey T, yet he goes all Han Solo on her simply affirming what she says without a reply of his own (typical man!). Still, we all knew what the three words he really wanted to say were.

Oh, Adric. Dear, dear Adric. Even in the face of death, his arrogance and petulance are as strong as ever - "if I was right." His last words, though affecting, weren't mawkish and were true to his character. Here, it's not so much the moment of his death but the aftermath. The stunned silence of the TARDIS crew (being repeated in every home in the land at the time) and the beautiful credits - smashed badge, no music. Devastating.

"My dear Doctor. The path has never seemed more slow, and yet I fear I am nearing its end. Reason tells me that you and I are unlikely to meet again, but I think I shall not listen to reason. I have seen the world inside your head, and know that all things are possible. Hurry though, my love. My days grow shorter now, and I am so very weak. God speed, my lonely angel." *dabs hanky*

7. "It's stopped being fun Doctor" Resurrection of the Daleks, 1984 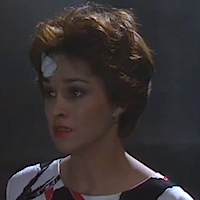 Now this is quite the goodbye scene. After the bloodbath that was Resurrection of the Daleks, comes a slightly disturbing moment when Tegan 'fesses up to not enjoying life in the TARDIS anymore (though, I'd actually like to know when she was having a good time!). It's disturbing as the Australian obviously hits a nerve with The Doctor, who is rather knocked for six when she reveals she wants to travel no more. The Time Lord pensively troddles off, leaving the Earth behind for some time. But what really gets the old tear ducts preparing for the wet stuff is Tegan's quick return revealing, that after her emotive and heartfelt speech, she didn't really want to go after all. Too late though, as the TARDIS vworps off into space and time.

Despite the slightly manipulative nature of this scene, where The Doctor and Amy take Vincent Van Gogh to the future to see his own legacy, one cannot help but cry in equal parts joy and utter sympathy for the troubled artist. Yes, it may well have Athlete plugging away in the background (and foreground) and Richard Curtis may well be pulling a Love, Actually on us but it's such a tremendous outpouring of real joy and pain (the painter) mixed with the fictional (Amy's relationship with him). Of course, the Doctor's companion also has the extra layer of being in love with someone she can't remember. Tony Curran's performance in the episode is one of the finest in Doctor Who, hence why we care so much - Vincent is real, his pain is real. And his astonishment, bewilderment and then unbridled happiness are all real to us, and why it elevates us and hurts so much. 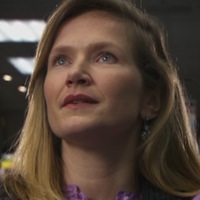 This is a most curious moment at the end of The Tenth Doctor's time in the TARDIS. Whilst visiting his previous companions and chums is perfectly understandable, Davey T's pit-stop to visit Verity Newman, great-grandaughter of Joan Redfern from the Human Nature two-parter, really adds an air of forlornness but also context to the proceedings. Much like The Fifth Doctor's final utterance of "Adric" whilst regenerating (revealing an unspoken guilt and regret that had laid heavy on his mind), here The Tenth reveals that Joan was indeed someone very special indeed. His query exposes his affection, which had remained hidden for some time, and the genuine care he felt for his one-time love. Verity responds positively to the question and asks, "Were you?" Unable to reply, the Time Lord moves on, glassy-eyed full of memories of what could have, or should have, been. 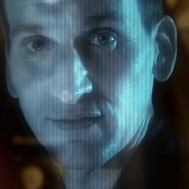 The Series "One" finale was full to the brim with heart-pounding scenes and Eccleston's regeneration was certainly emotionally-electric. But I have chosen the moment where The Ninth Doctor displays utter bravery ("Hope it's a good death") and selflessness - by sending Rose back home, unbeknownst to her, in the past and on Earth, in safety. He saves her, and his TARDIS, full in the knowledge that he's about to bite the big one. Speaking to her holographically, the Time Lord says, "let the TARDIS die. Just let this old box gather dust. No one can open it; no one will even notice it. Let it become a strange little thing standing on a street corner. And over the years, the world will move on and the box will be buried." It's almost as if Russell T Davies was talking about Doctor Who itself, as there was no certainty the show would continue when writing that piece of dialogue (incredible to think now almost eight years on). It's a beautiful and moving speech that displays everything good, positive and life-affirming about the world's greatest television show. 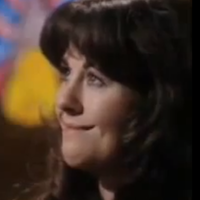 Similarly, though for a different reason, The Fourth Doctor had to return Sarah Jane Smith back to her home whilst he returned to his. After spending three and bit seasons with the curly-haired one, lovely Lis Sladen got a send off like no other companion in the "classic" era. The pair got to work on the scene and it shows. There's a genuine warmth and yet utter sadness behind what's happening; her plea of "Don't forget me" is delivered with a smile - a smile that undoubtedly hides an inner melancholy. Tom's "Till we meet again" may have seemed like a throwaway line but becomes prescient as Sarah Jane would indeed team up with The Doctor(s) again. Of course, the tears have no time to dry before the Time Lord's eccentricity has us giggling as the journalist had been dropped off in the wrong place. A perfect summing of their fun and strong friendship. 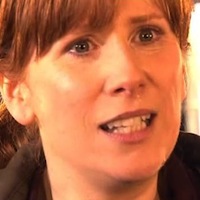 Though Donna's send-off, as it were, in Journey's End was deeply distressing (I don't mind admitting that I was utterly miserable for days after its broadcast), it was in this story, her finest moment, that reduces me to an absolute wreck every time. I mentioned bravery with the Ninth Doctor earlier and here we see it in abundance again from Donna who has completed her journey of self-obsessed Chiswick temp to saviour of the world. Her bravery is augmented by a scintillating performance from Catherine Tate who ponders, "The Doctor's world! And I'm still alive! That's right, isn't it? I don't die. If I change things, I don't die." But then her positivity soon changes as Rose's expression reveals all and the ravishing red-head pleads, "That's... that's right, isn't it?" All to the soundtrack of one of the most stirring pieces of music I've ever laid my ears on from Mr Murray Gold (another finest moment in this episode). It's the perfect storm of emotion, adrenalin and beauty.

1. "I did some things, it went wrong." The End of Time, 2009
Whenever Bernard Cribbins popped up in a scene in any Doctor Who story, I was immediately welling-up -  no idea why, but that lurvable old chap just brought out the tears in me. And here, in The Tenth Doctor's opulent finale, it was so wonderful and so gratifying to see him back - especially side-by-side with everyone's favourite Gallifreyan, sitting in a plain old cafe, having a chat about this 'n' that.

Having said that, the rejoiceful feeling, emboldened by seeing Donna again, soon turned to sheer heartbreak as the Time Lord revealed his take on the awful events of The Waters of Mars. His fallibility and insecurities were on show for the world to behold, and Tennant's touching performance coupled with Cribbins fatherly assistance made for some of the most sorrow-filled seconds in Doctor Who's history. It's a simple moment, of two men in a humdrum greasy spoon, but a moment of huge honesty and ravaging, raw emotion; a conversation as powerful as it was enlightening. A moment that, for me, is still to difficult to actually sit down and watch, such is the woe that it still elicits.

Feel free to leave your favourite moments in the comments section below. And pictures of ALL OF THE TEARS, please.*