Tennant & Piper are back for the 50th 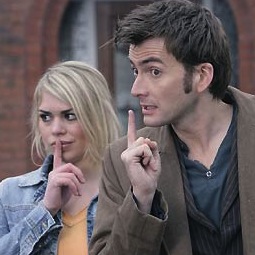 As filming on the Doctor Who 50th Anniversary Special begins, some details have emerged regarding the episode. The new issue of Doctor Who Magazine, out next week, have confirmed that David Tennant (The Tenth Doctor) and Billie Piper (Rose Tyler) have signed up to appear in the special. Also starring is screen legend, John Hurt (Alien).

UPDATE: The special will be sixty minutes long (though could end up being slightly longer) and receive a limited worldwide 3D cinema release.

Check out all the news on the 50th Anniversary HERE.