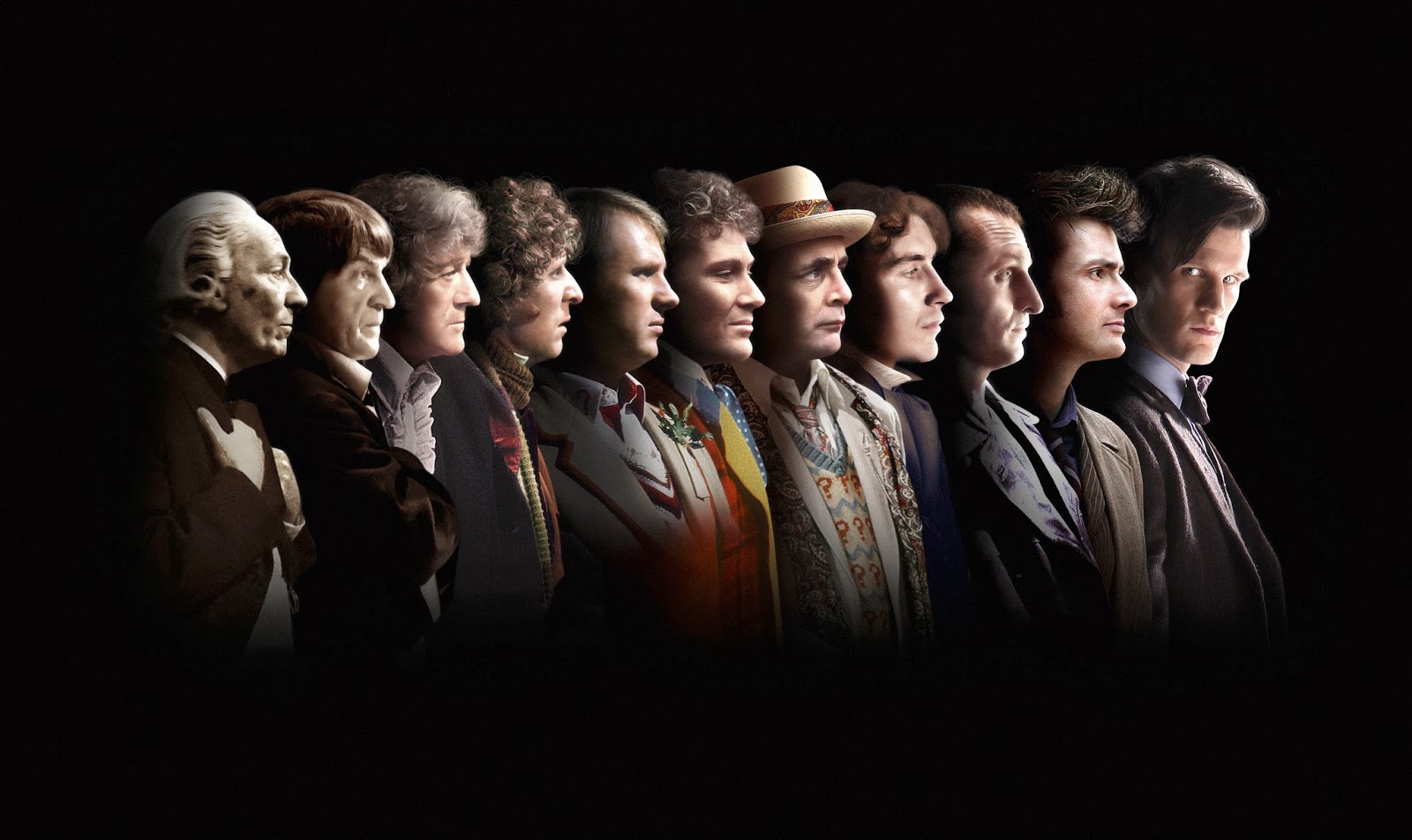 The BBC have released a new promotional picture celebrating the Doctor Who 50th Anniversary - click on the image for a bigger version. This is from archive material to commemorate the 50th Anniversary of Doctor Who, it is not from The Day of the Doctor. A trailer for the special will be available later tonight.