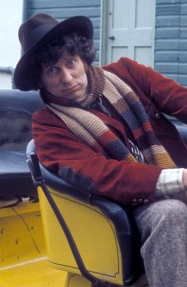 Tom Baker has been voted the World’s favourite Doctor in a global poll undertaken by the Doctor Who Appreciation Society (DWAS) to mark the 50th anniversary of Doctor Who. Baker, who played the Fourth Doctor between 1974 and 1981, stormed home in the best Doctor vote attracting nearly double the number of votes of his nearest rival, David Tennant, the Tenth Doctor. Patrick Troughton, who played the Second Doctor, came third just behind Tennant, but ahead of current incumbent Matt Smith, who was placed fourth in the vote. Check out the Top 5 below:


The poll, which was open to both members and non-members, was run by DWAS earlier this year and votes were received from around the world. Countries include; United Kingdom, Germany, The United States of America, Canada, Australia & New Zealand. Founded in 1976, the Doctor Who Appreciation Society is the longest running Doctor Who fan club in the world, with members across the globe. To celebrate 50 Years of Doctor Who, today will see the publication of our Anniversary Special issue of Celestial Toyroom, the world's longest running publication based on a television programme.