As announced last month, Silva Screen are releasing an incredible limited edition Doctor Who soundtrack boxset featuring eleven discs of music spanning every era of The Doctor. This magnificent collection, due for release in early 2014, comes presented in its very own TARDIS boxset and is a must for any fan of Doctor Who music through the years. Also included in the set are notes from classic Who composer Mark Ayres and notes from various composers through the years. 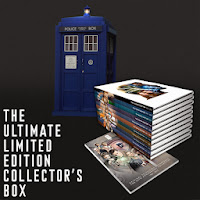 
In this EXCLUSIVE series for Blogtor Who, Silva Screen are releasing these fascinating notes ahead of the boxset's release next year. Today sees Part Six which includes notes from composer Roger Limb and Mark Ayres (which are abridged and will continue through this series). Also included are the front and back covers for The Sixth Doctor disc included in the boxset (click on them for bigger versions. Many thanks to Silva Screen, visit their site HERE.

COMPOSER NOTES - ROGER LIMB
At the Radiophonic Workshop in 1973 I was privileged to watch Dudley Simpson working on his music cues for Doctor Who. To follow in his footsteps 7 years later... what an honour, what a challenge! By then the show had changed and the new tools at the disposal of electronic music composers allowed us to work in new ways and develop a new ‘house style’. 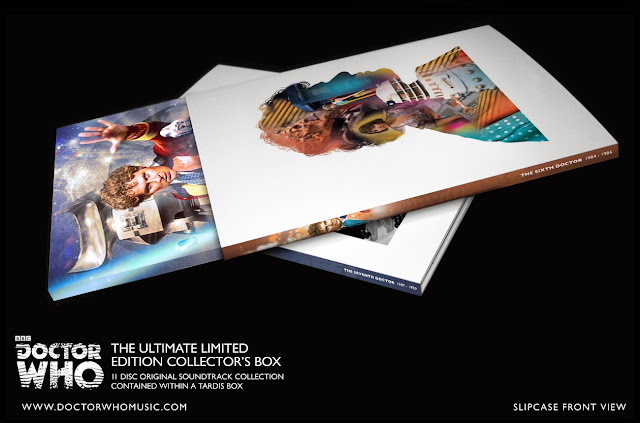 Fortunately I had written incidental music for several TV programmes before arriving at Doctor Who so I’d already learnt a lot about how music could enhance the action on the screen. The first story I worked on, The Keeper of Traken, was full of possibilities for the composer: the arrival of Nyssa, the ghastly Melkur, and the re-emergence of the Doctor’s arch-enemy, The Master.

Each story had its own challenges, however the two directed by Graeme Harper (The Caves of Androzani and Revelation of the Daleks) were perhaps the most rewarding. By then some rudimentary computers were showing us what they could do and a new breed of synthesiser (the DX7) was expanding our sound palette.

Another interesting project was Black Orchid, set not in some alien galaxy but in an English stately home in the 1920s. This led me to use an acoustic piano playing an important part in the score. This was an important time for Doctor Who, with a new producer and script editor, and also for the Radiophonic Workshop which was moving into a whole new world of MIDI and digital techniques. 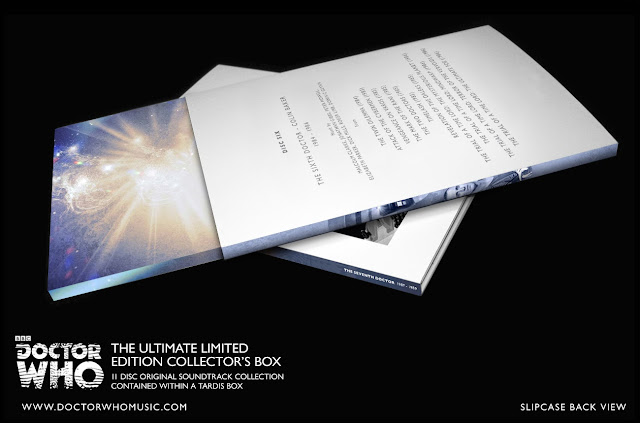 Abridged album notes from Mark Ayres [Part 6]
From the mid-1980s, JN-T was again looking for something new and the RWS was feeling that its permanent commitment to the programme was stifling its work in other areas, so some of those freelancers were to come into their own. Dominic Glynn was a young composer specialising in dance music and electronica who wrote to Nathan-Turner asking for a chance and John, to his credit, obliged. Dominic was also offered the opportunity to make the first non-RWS version of the theme music - which lasted just one season, for the epic 14-part The Trial of a Time Lord.