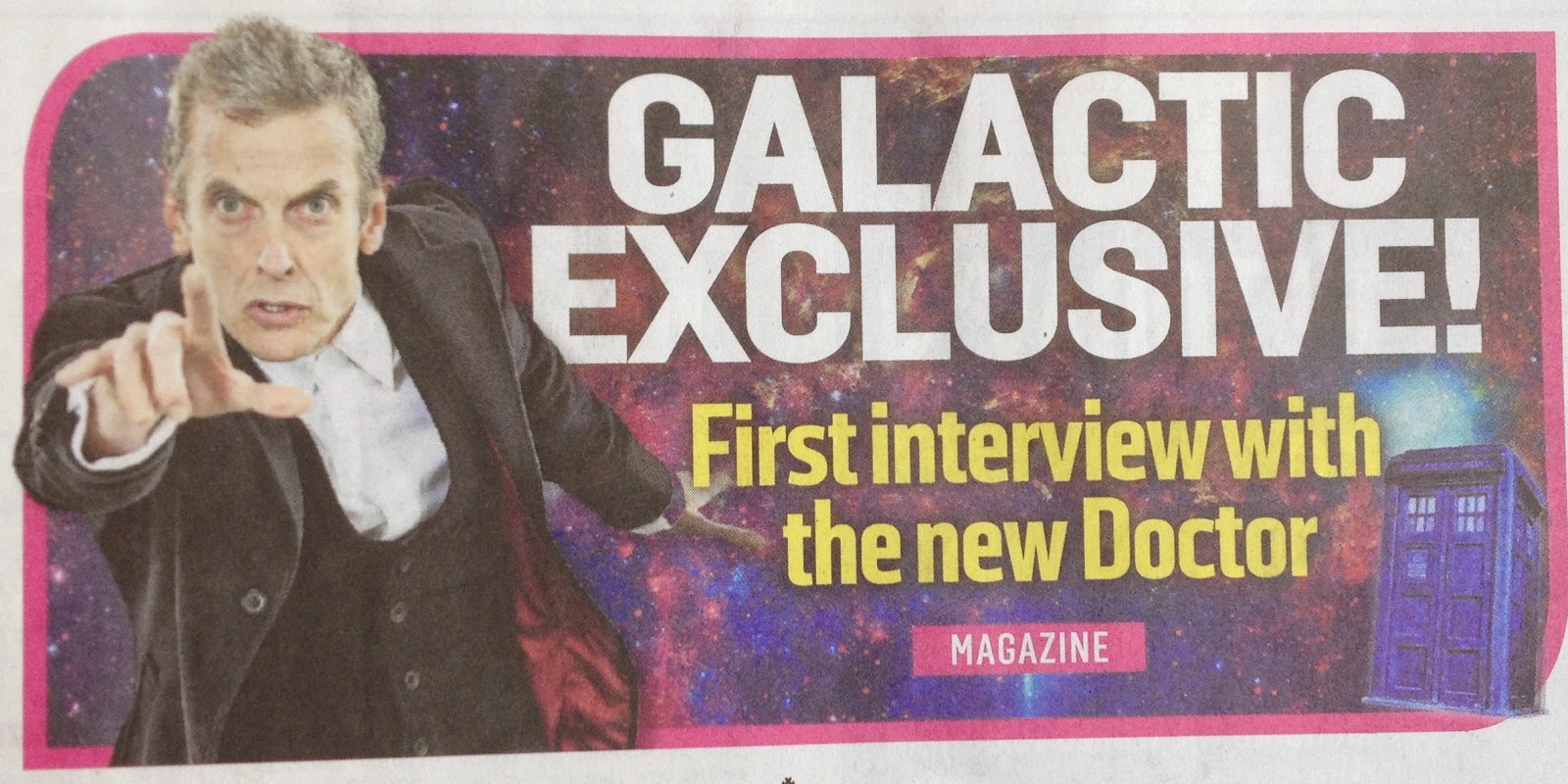 UK newspaper The Sunday Times has included a "Galactic Exclusive" - an interview with the new Doctor, Peter Capaldi and a special photoshoot. Check out the highlights of the piece below and click on the images included here for bigger versions.

UPDATE: Read the full interview at the bottom of this post. 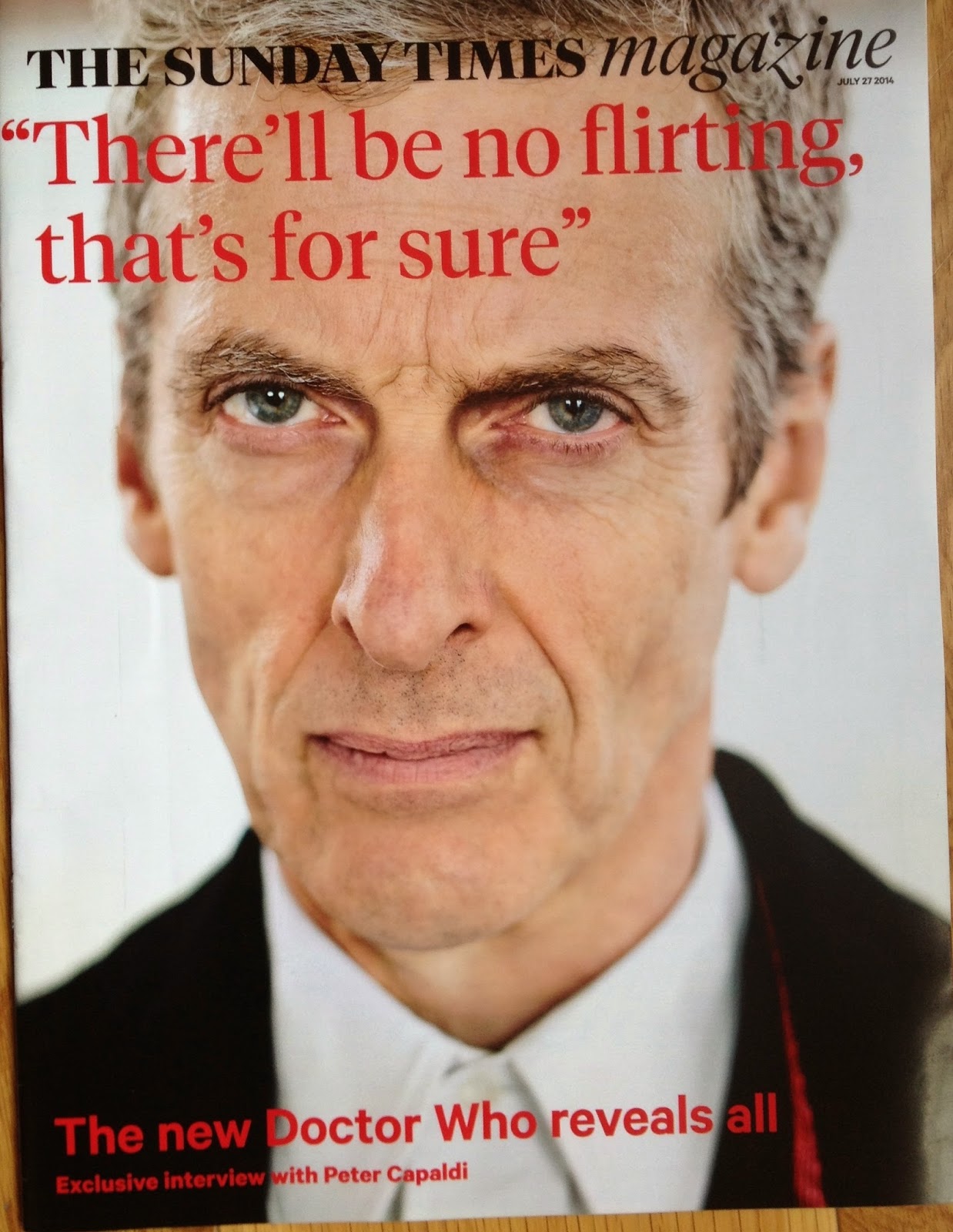 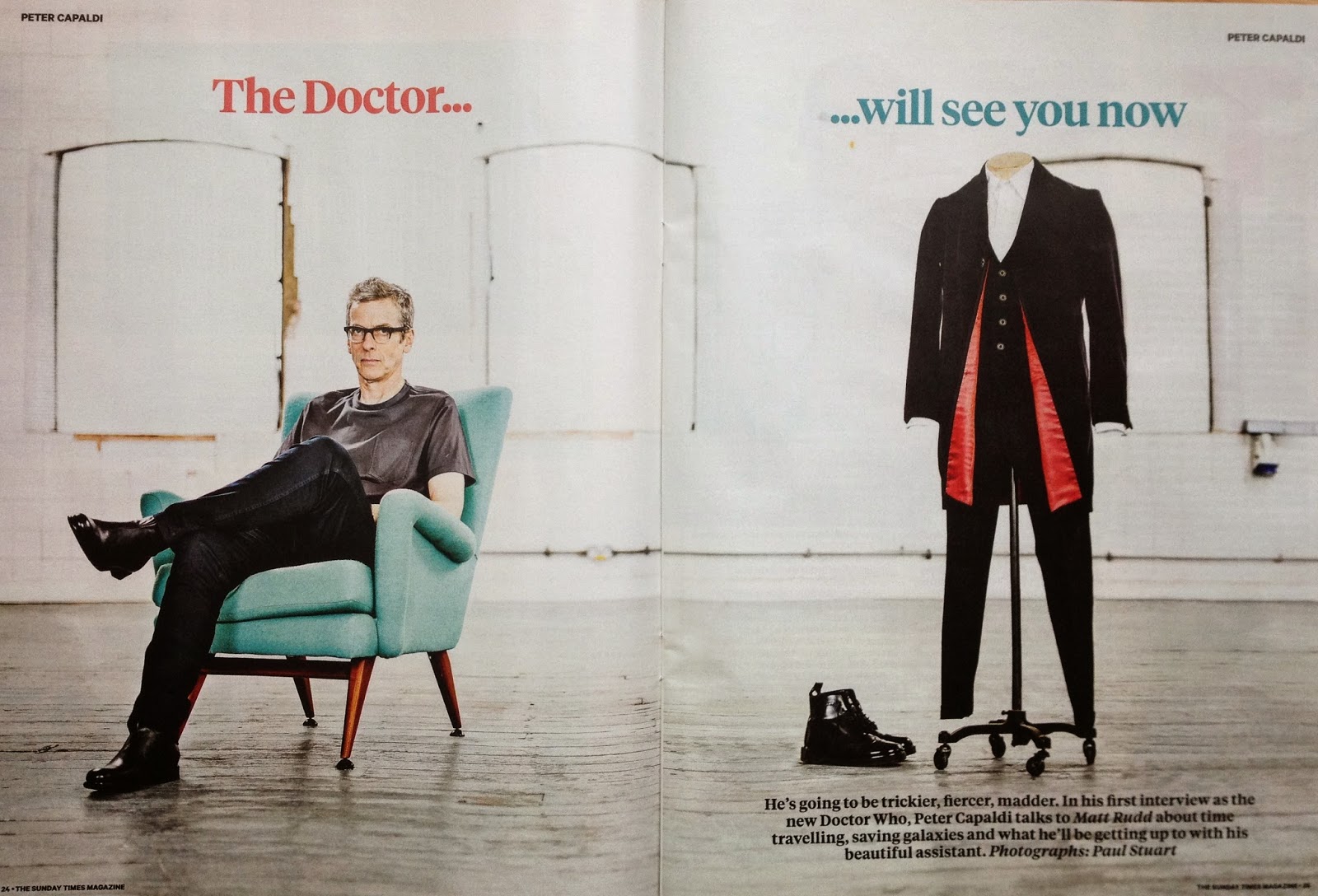 On a romance with Clara: "There'll be no flirting, that's for sure. It's not what this Doctor is concerned with. It's quite a fun relationship but I did call and say, 'I want no Papa-Nicole moments.' There was a bit of tension with that at first, but I was absolutely adamant."

On The Doctor's costume: "I think it's quite a hard look. I always wanted him to be in black - I always just saw The Doctor in dark colours. Not tweed. Matt's a really young cool guy - he can wear anything, but I wanted to strip it back and be very stark."

On a costume that didn't make the grade: "The most ridiculous outfit, the one I loved, I looked like Count Arthur Strong with a real, old cardigan." 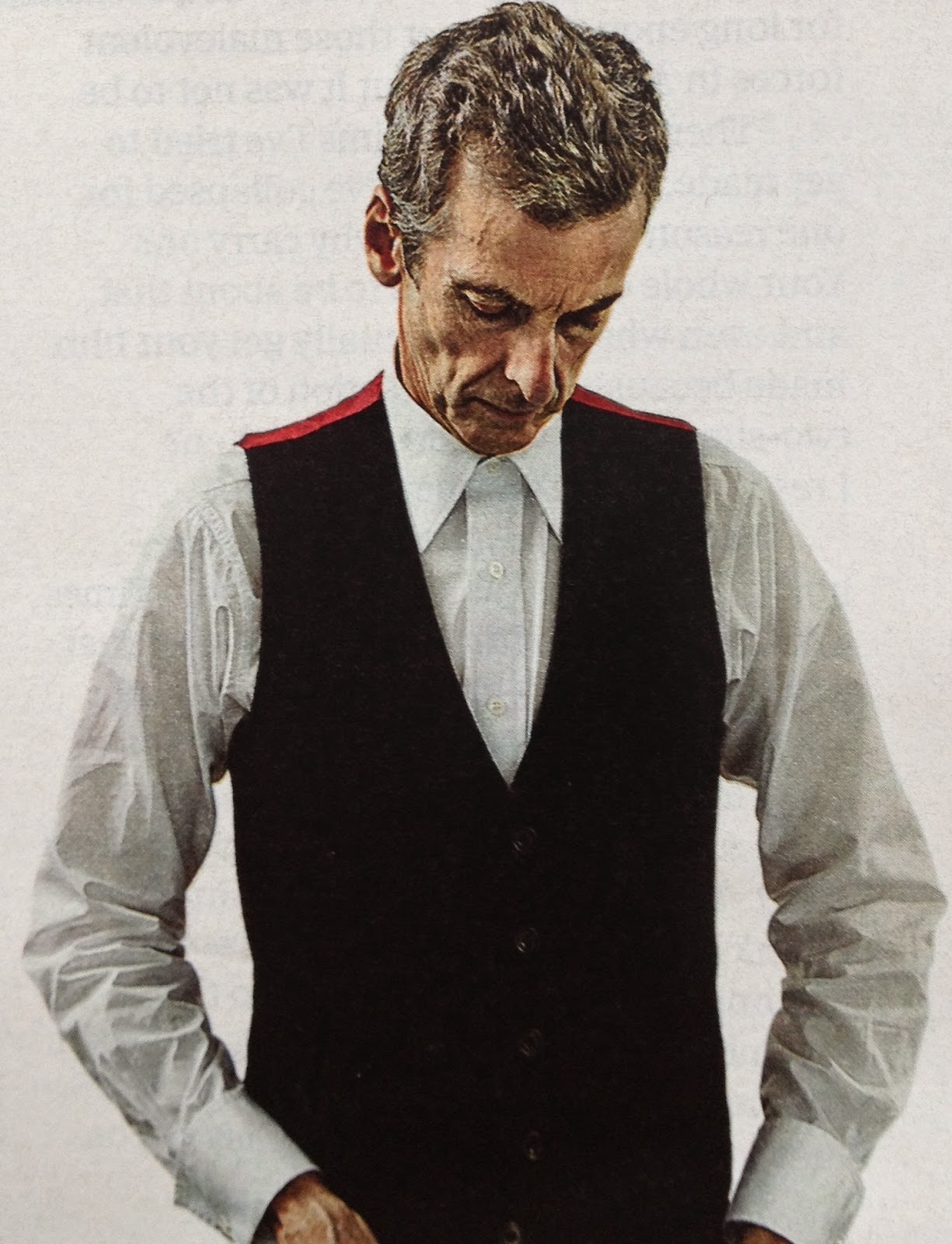 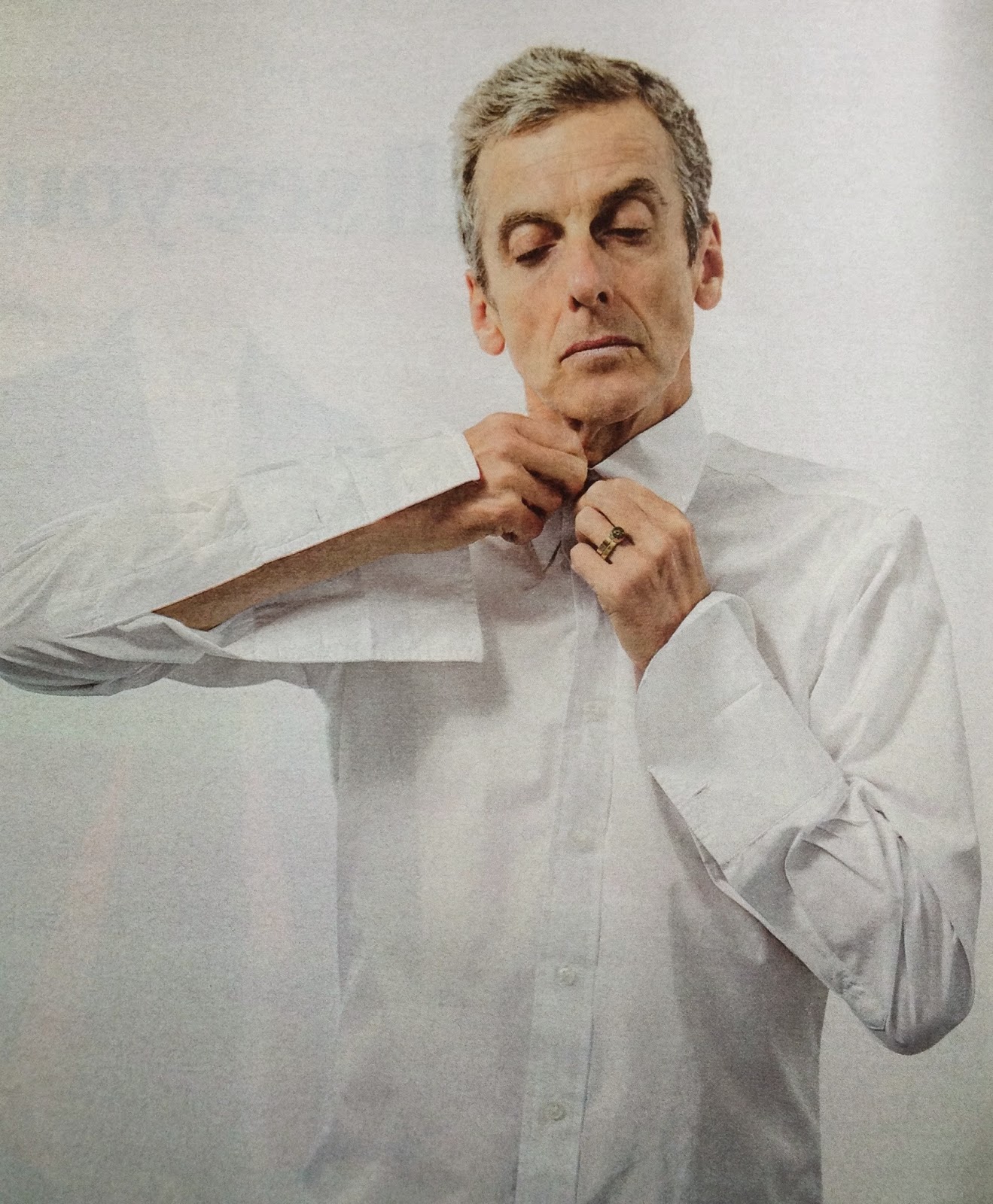 On the Cybermen, he says: "I'm trying to get the Mondasians back."

On the upcoming plots: "We still blow a lot of shit up. That's very important, but it's going to be a bit different from what we've seen over recent years. A bit more gravity. Some situations are a bit more sombre and I think there are more rooted dramatic scenes.... we have another level of drama, another tone. And the scenes are longer."

The interviewer also reveals that a special a signet ring has been constructed to hide Peter's own wedding ring. 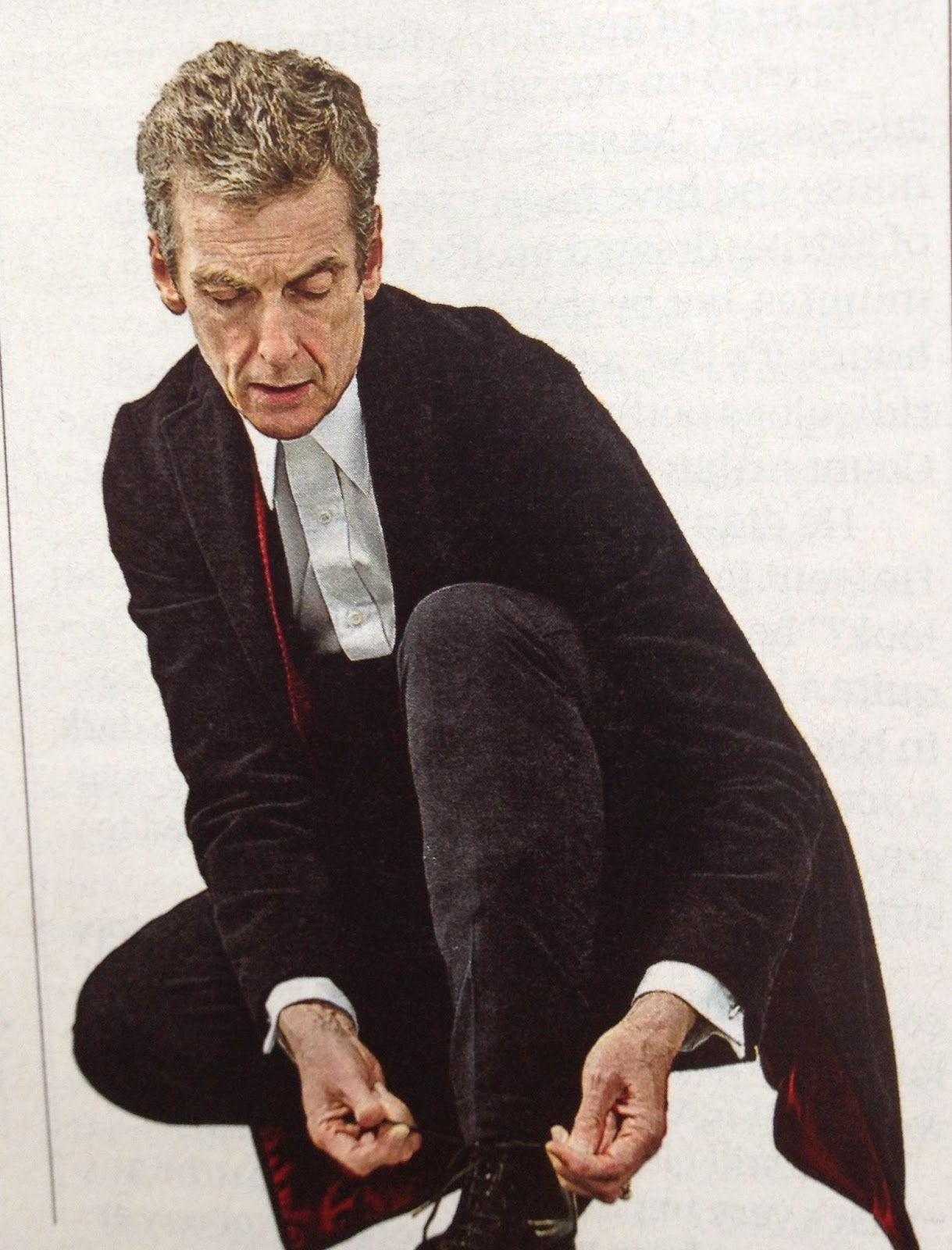 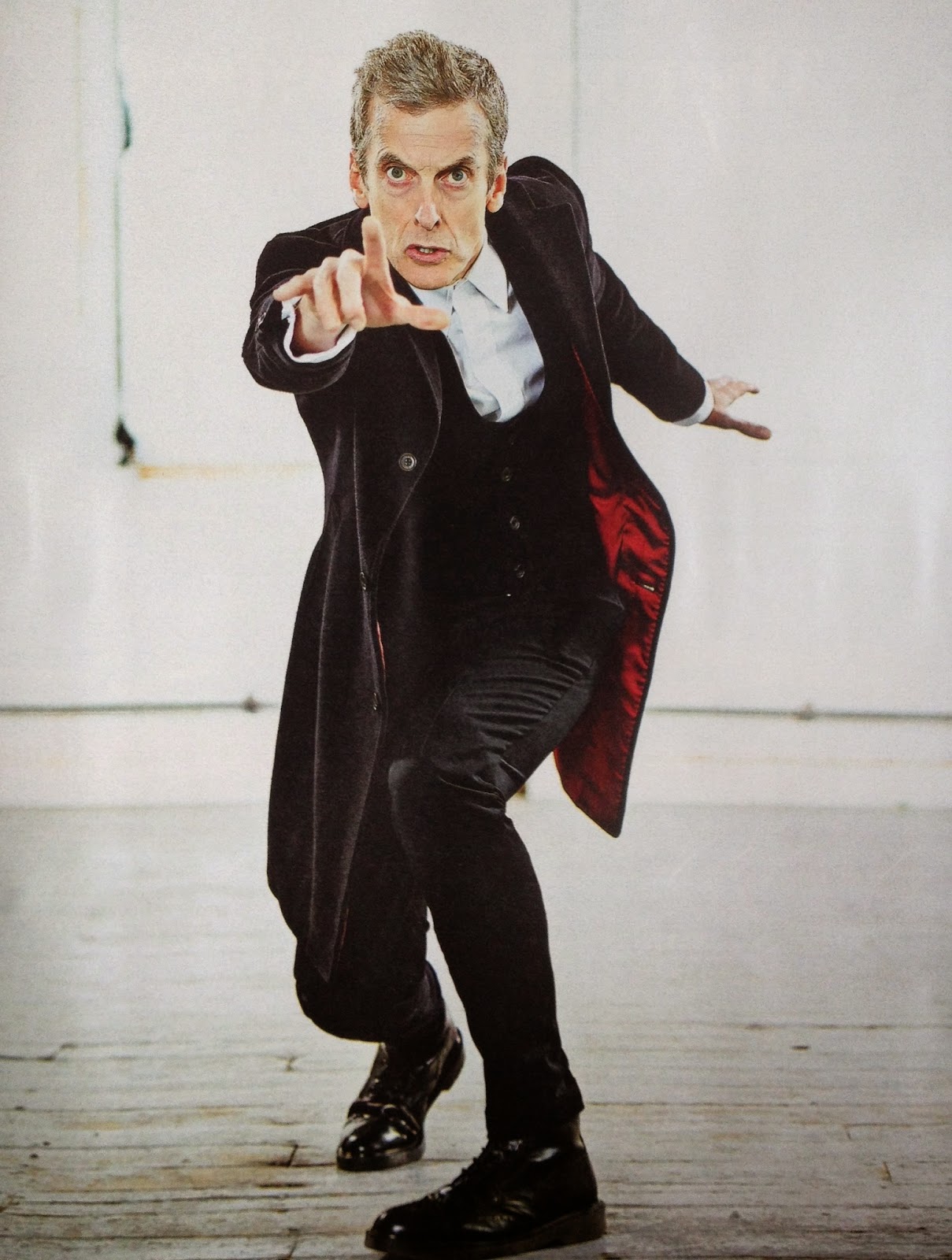 
Visit the Guide to Doctor Who Series 8