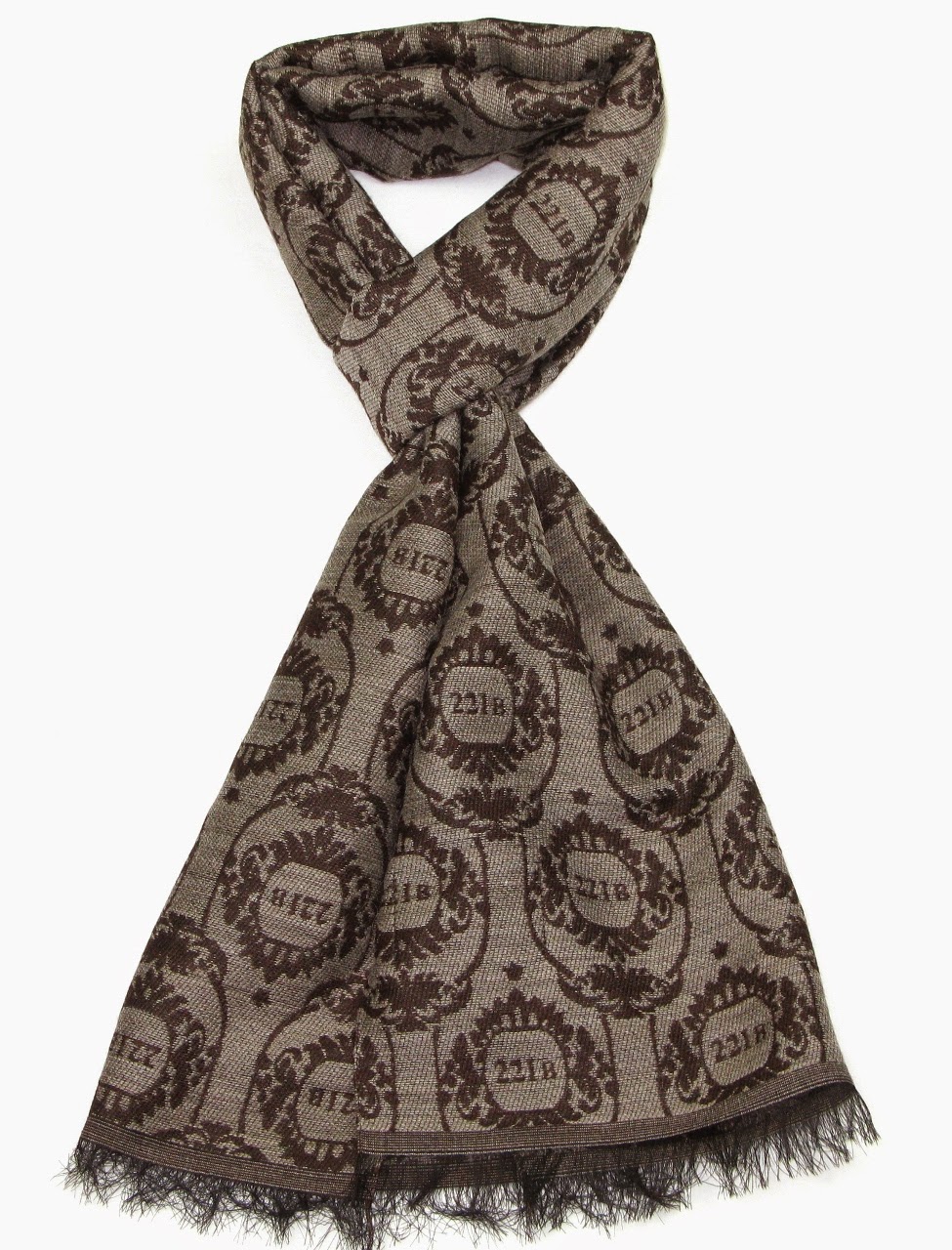 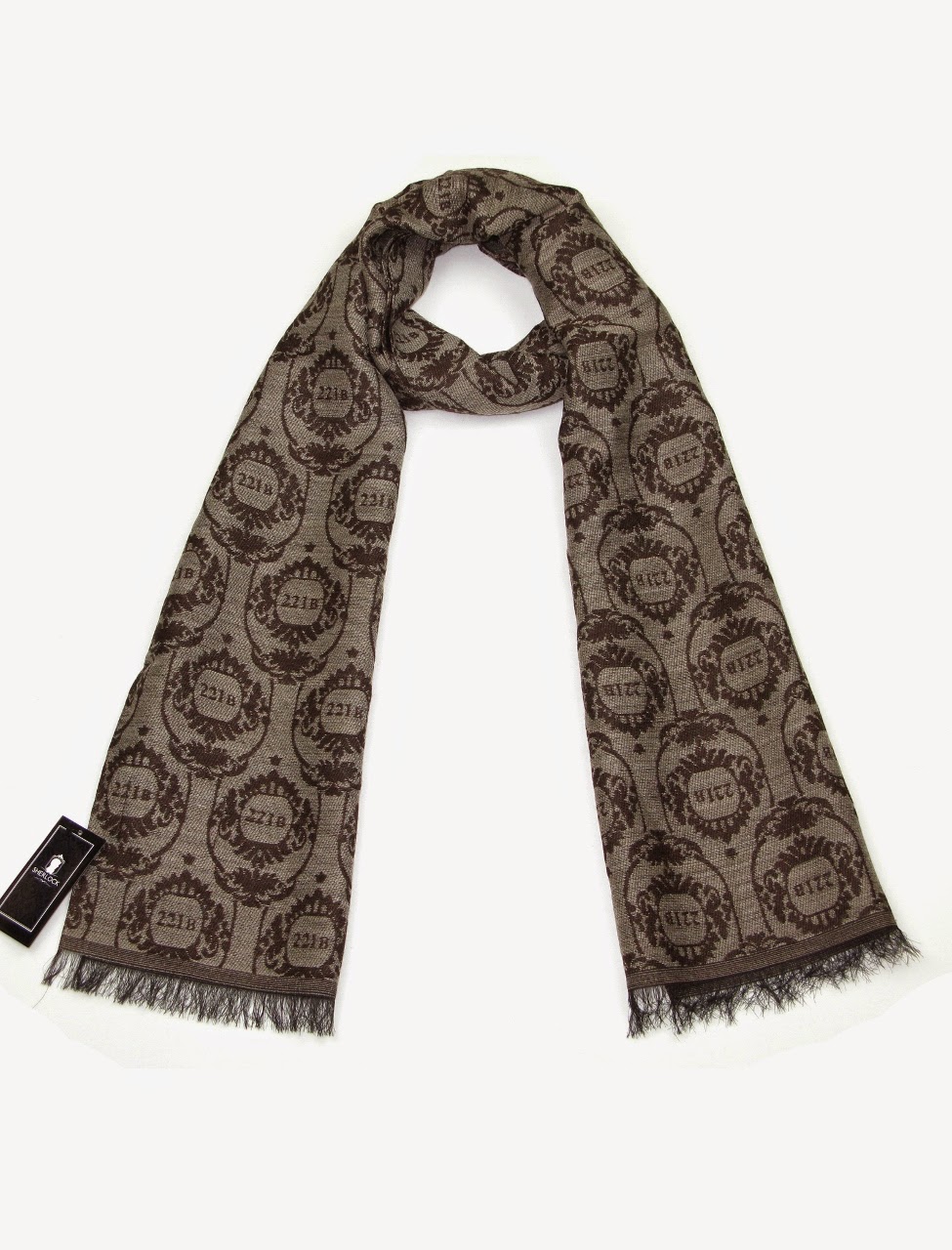 Lovarzi, the company behind the fantastic Doctor Who scarves and sweaters, are now producing some wonderful scarves to celebrate another BBC show, Sherlock. Check out the details below and click on the images for bigger versions.

"It's got flaps – ear flaps. It's an ear hat, John!" The detective doesn't seem to like that iconic deerstalker much; instead his impeccable sense of style is topped off with a series of scarves – he even puts one on when Lestrade and Donovan come to arrest him in the final episode of Series 2! That's why Lovarzi's new range, in partnership with BBC Worldwide, is ideal for fans of the Reichenbach Hero. 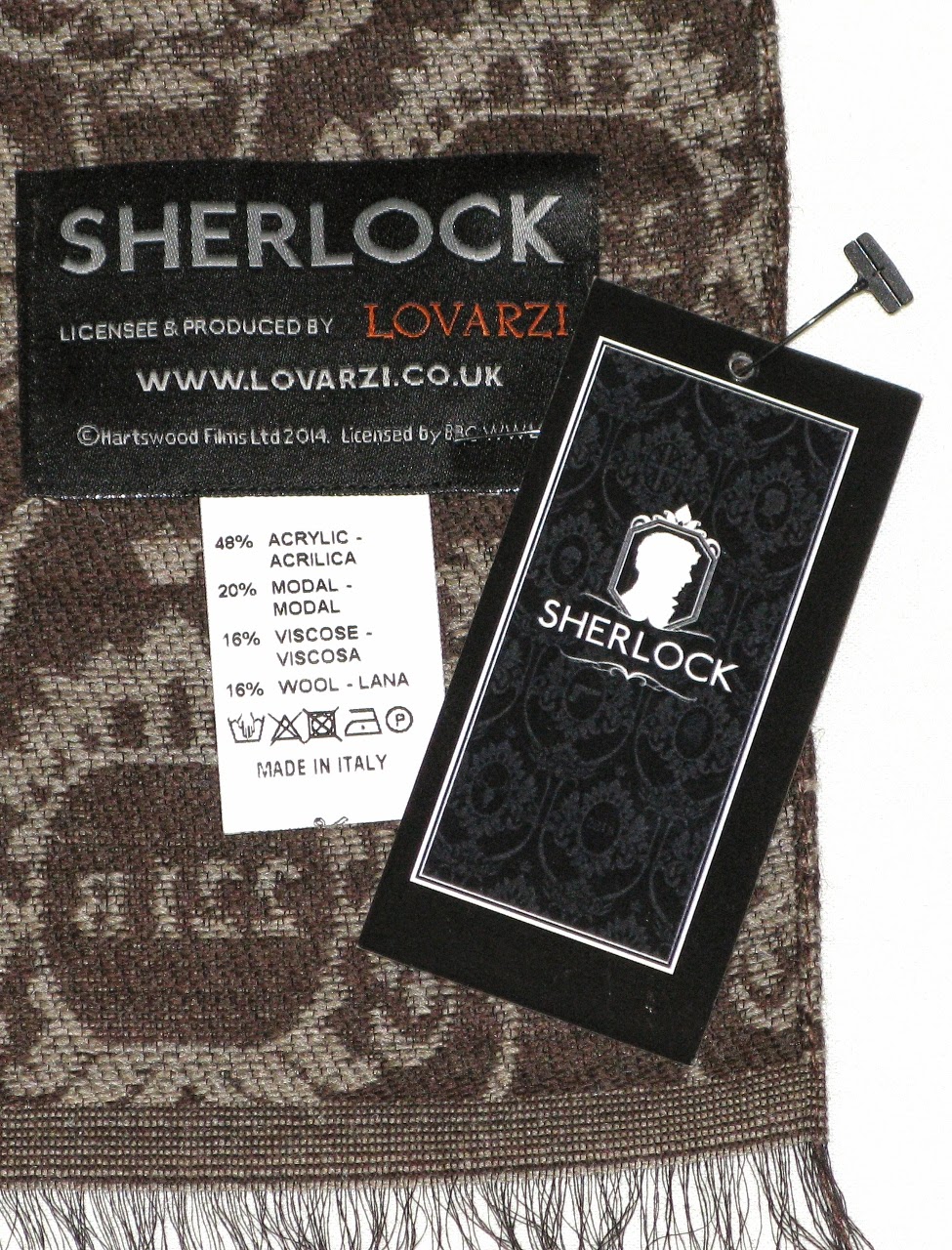 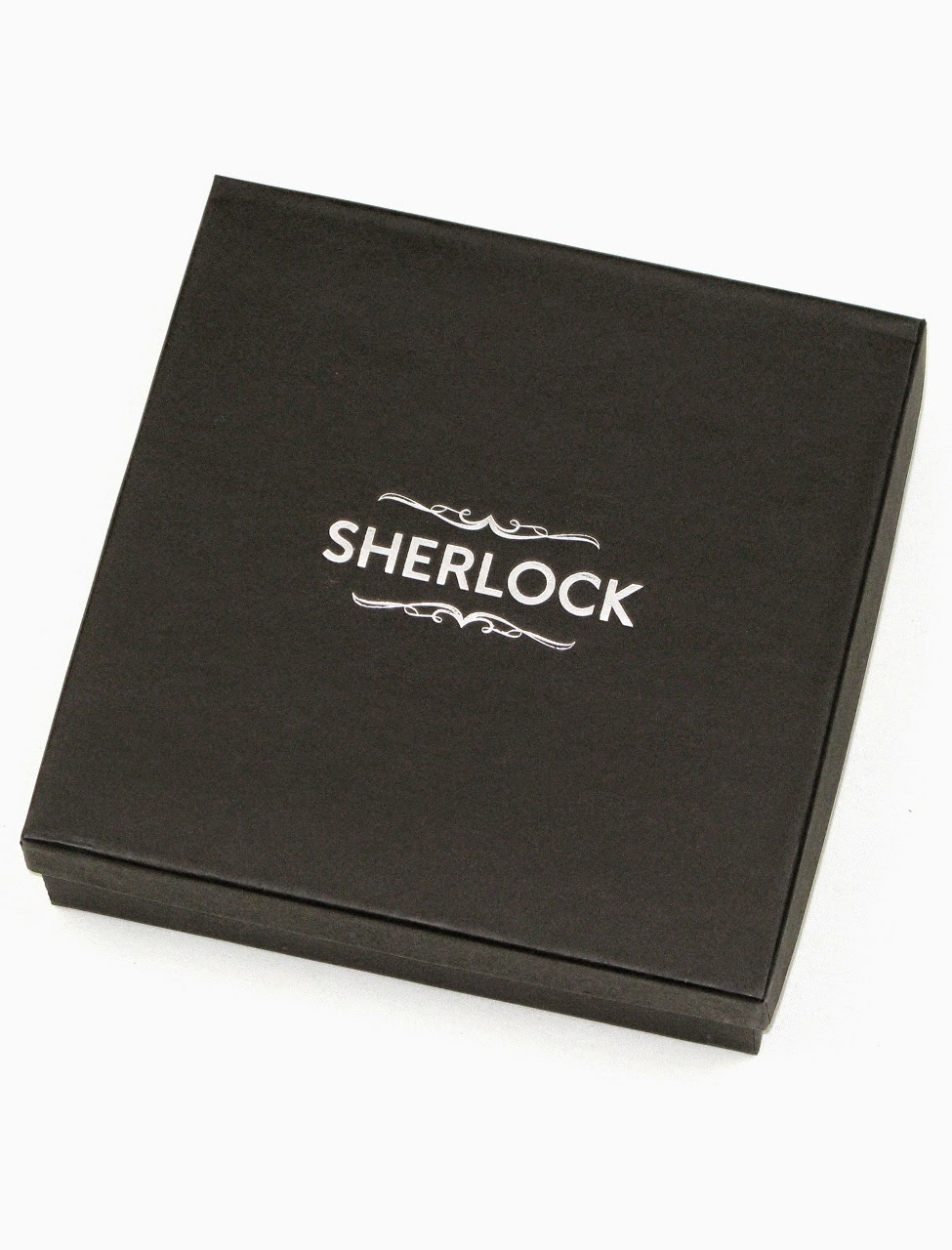 The pure wool scarf is decorated with two notable designs embroidered at each end: 221B has remained synonymous with the character since Arthur Conan Doyle's original books; while the smiley on the tail-end represents the latest incarnations' rebellious nature. The smiley graffiti adorns the living room at Baker Street – but took a bashing from the bored detective in The Great Game. Measuring 25x170cm, it's made from 100% wool. Buy HERE.

Alluding to the stylish wallpaper patterns of the Holmes-Watson residence, the Jacquard Woven Scarf is a wool and modal mix, 35x 180cm. Just in case someone is unsure of your allegiance to Sherlock, 221B is a repeated presence in the ornamental design. 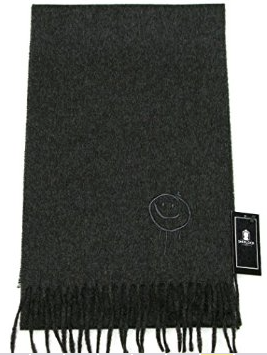 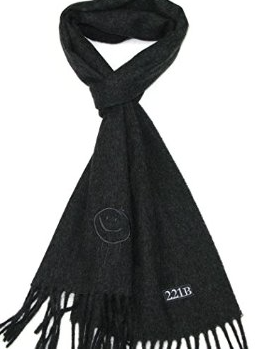 
Finally, inspired by the scarf Sherlock wore for his 'death' in The Reichenbach Fall and its rebuttal in The Empty Hearse, the Striped Scarf with 221B Woven is a sleek and subtle way of stating, "I believe in Sherlock Holmes." At 38x190cm, it's a great fit no matter your age, and is made from finest quality cotton and modal. Buy HERE.

The scarves all capture the show's style and elegance, proudly displaying the series' iconography, and are presented in black gift boxes, making each perfect as presents and for collectors.