The latest issue of Doctor Who Magazine, no. 481, is out tomorrow and comes complete with a huge double-sided poster. Check out all the details below.

“I think I’m being pretty open that it’s Santa meets Alien meets The Thing from Another World meets Miracle on 34th Street,” Steven laughs. “It’s a weird mash up! There’s a base under siege, there are scary monsters.

It’s one of the scariest Christmas Specials we’ve made, actually…”

Also inside this giant-sized Christmas issue…
• DWM talks exclusively to Santa himself, Nick Frost, along with his elf helpers, The Wolf and Ian, played by Nathan McMullen and Dan Starkey. Meanwhile, Michael Troughton, who plays Professor Albert, talks about making his television Doctor Who début, and his close family connection to the series.
• Rachel Talalay, director of this year's phenomenal two-part finale, Dark Water and Death in Heaven, talks to DWM about the challenges of bringing this masterful Cyber-story to our screens.
• DWM comic strip artist Mike Collins goes back to the drawing board and reveals all about his new role as a storyboard artist for the latest television series of Doctor Who.
• Former showrunner Russell T Davies reveals new facts about 2007's Voyage of the Damned in The Fact of Fiction!
• 2014 gave us a new series and a fantastic new Doctor, and DWM looks over the past 12 months with the Review of 2014! 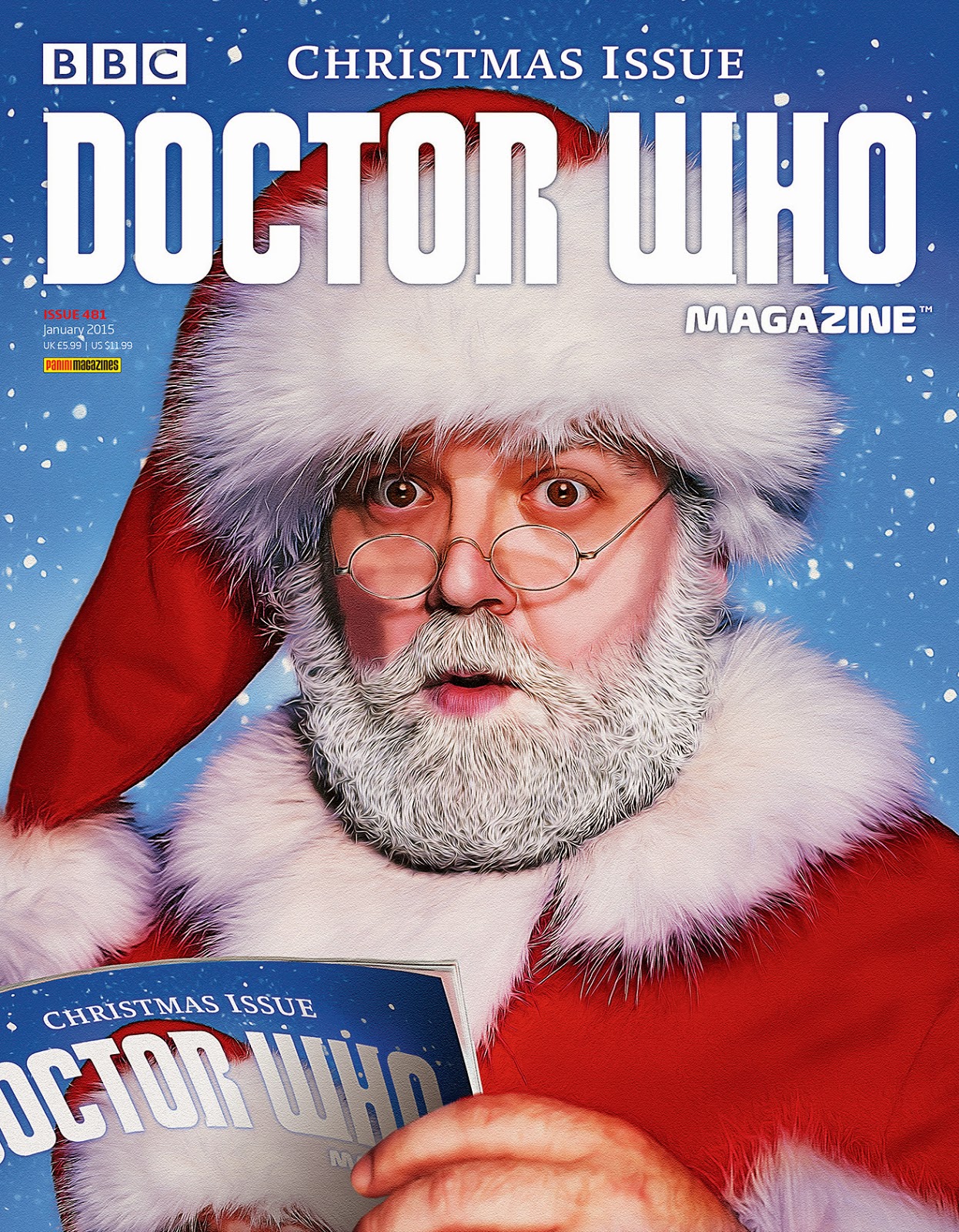 • The first part of a brand-new comic strip for the Twelfth Doctor and Clara as they embark on a wartime desert adventure in The Instruments of War, written and illustrated by Mike Collins.
• The intrepid Time Team passes comment on 2008’s festive Cyber-Special The Next Doctor.
• It may be Christmas, but Steven Moffat still has time to answer readers’ questions in his exclusive column.
• Jaqueline Rayner compiles her Christmas wish-list for Relative Dimensions.
• The Watcher presents his annual Fiendishly Festive Christmas Quiz!
• Have your say on Peter Capaldi’s first series as the Doctor in the DWM Season Survey.
• Dark Water and Death in Heaven are put under the spotlight in The DWM Review.
• The Watcher goes back to the early days of Doctor Who merchandise in Wotcha!.
• The DWM Crossword, competitions, and much more!