COMPETITION! Win Tickets to the Doctor Who Symphonic Spectacular

Doctor Who Symphonic Spectacular is a musical celebration of the iconic BBC series, featuring Murray Gold’s captivating music accompanied by specially edited video sequences of the Doctors in action, on the big screen.

The show features a host of the Doctor’s famous adversaries including the Daleks and Cybermen, the spine-chilling Silence and many more fan favourites. The live monsters provide a dramatic contrast to the evocative and thrilling music written by Murray Gold, who has been responsible for composing music for the series since 2005, including the record-breaking (and BAFTA award-winning) 50th anniversary episode, The Day of the Doctor. 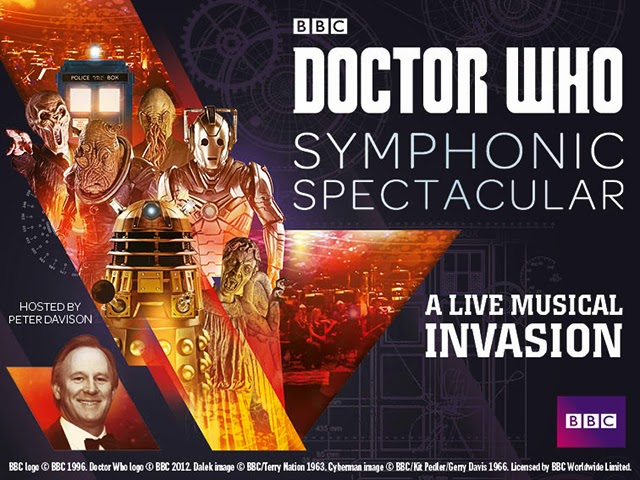 Fifth Doctor actor Peter Davison has been confirmed as the host of a six-city UK tour of the Doctor Who Symphonic Spectacular in May 2015.

The live show, which was a sell-out on its world premiere in Australia, will enjoy a limited run of thirteen UK performances in London, Cardiff, Birmingham, Leeds, Newcastle and Glasgow. It features over 100 performers and is conducted by Ben Foster, who conducts and orchestrates the musical scores for the TV series. Music will be performed by the BBC National Orchestra of Wales and members of the BBC National Chorus of Wales.

The live music will be accompanied by a big screen presentation of key moments and specially edited sequences from the past 50 years of Doctor Who.


WIN TICKETS TO THE
DOCTOR WHO SYMPHONIC SPECTACULAR

For a chance of winning two tickets to Doctor Who Symphonic Spectacular, answer the following question correctly:

What is the name of the actress currently playing the Twelfth Doctor’s assistant in the popular BBC TV series?
A) Billie Piper
B) Catherine Tate
C) Jenna Coleman
D) Karen Gillan

Terms and conditions: Winners will be selected at random from all correct entries. Winner receives a pair of tickets to see Doctor Who Spymphonic Spectacular at their chosen venue and date. Full dates and times are to be found at http://www.doctorwho.tv/events/doctor-who-symphonic-spectacular/. Seat band may vary per venue and the winner is unable to choose their seats. Tickets to be collected at the box office with no cash alternative. Tickets are subject to availability and cannot be resold or transferred to another performance. Competition is run by boom ents on behalf of vision nine entertainment.