With filming on Doctor Who Series 9 very much underway, further news on guest casting has emerged. Actor Colin McFarlane (pictured below) has joined the guest cast with Peter Capaldi and Jenna Coleman. 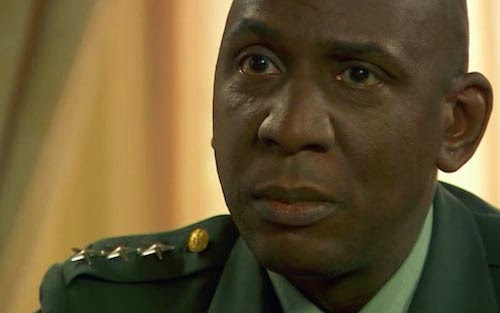 McFarlane is not a stranger to the world of Who having starred in Torchwood: Children of Earth (which, of course, also starred Capaldi) as General Pierce (pictured above) and provided a voice for 2007's Voyage of the Damned. He is also well known for his television and voice work for many years and more recently in the films, Batman Begins and The Dark Knight.

Doctor Who Series 9 is currently filming Block One which consists of episodes three and four of the new run. For more info click HERE.