Doctor Who repeats to move from BBC Three in UK 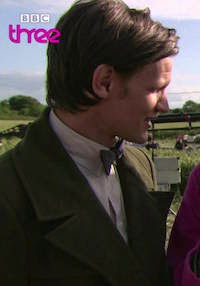 Director of Television, Danny Cohen has posted on the BBC Blog explaining why BBC Three is not for sale in response to an offer from television producers Jon Thoday and Jimmy Mulville. The men had offered to buy the channel since the corporation's decision to move BBC Three online. You can read the full letter HERE, but there is an interesting note for Doctor Who fans.

Currently, in the UK, BBC Three screens a repeat of an episode during the week of its first transmission on BBC One (which subsequent repeats to follow). This has been standard practise since the show's return in 2005 (and, in some series, receiving two repeats within a week). With the channel going online this means that an "in week" repeat could have been ditched on television. Thankfully, this seems not to be the case, Cohen reveals:

"With repeats of other BBC previously commissioned programmes on BBC Three such as ‘EastEnders’ and ‘Doctor Who’, we will re-deploy these repeats on other BBC Channels and secondary rights will continue to be sold to UKTV or other partners."

This would mean that immediate repeats for new episodes will fall to either BBC Two or BBC Four (or, perhaps, even BBC One on a Sunday afternoon?). BBC Three will cease as a "television" channel later this year on move online - the precise date is not known. So this could mean that repeats for Doctor Who Series 9 will have a new home.