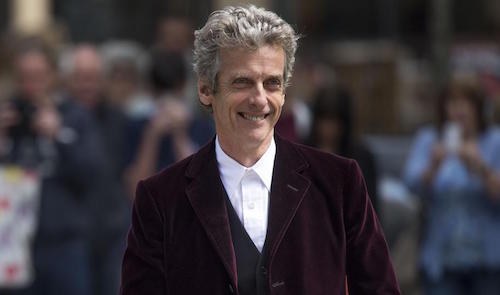 Writer Sarah Dollard was a guest at MCM London Comic Con earlier today, with Steven Moffat, Mark Gatiss, and director Rachel Talalay (Dark Water/Death In Heaven). During the panel she revealed some new facts about her upcoming story, Face The Raven (Series 9, Episode 10) - spoilers coming up!

Sarah told a packed audience at the London ExCel, after some prompting by Executive Producer Steven Moffat, that her instalment would feature the return of Maisie Williams (Ashildr in The Girl Who Died and The Woman Who Lived) but would not include any guitar playing from Peter Capaldi.
VISIT THE DOCTOR WHO SERIES 9 EP GUIDE HERE