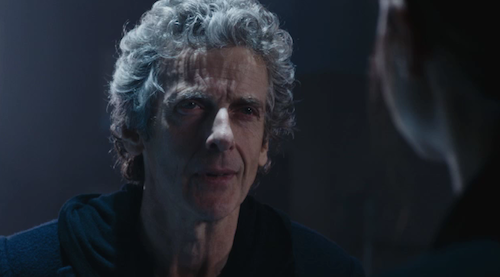 Yesterday, Blogtor sat down with Peter Capaldi to chat about all things Doctor Who (more revelations to come in future weeks). I asked Peter about the remarkable speech from tonight's episode, The Zygon Inversion and, in particular, the pacifist/anti-war message concerned therein. Peter told me:

"I think it should be sending out this message because also it's evoking who the Doctor is; those are his opinions and I think that's very good that he expresses them.

It was quite a challenge to see how long it was [laughs], they kept telling me there was more of it! But it was a great speech and a great expression of that Doctor's character. So I was thrilled to have a go at it.

What I liked about those episodes particularly (The Zygon Invasion/Inversion), was it sort of reminded me of the 70s. I think the new show has not so much engaged with the real world and I think the old show used to do it more, particularly in the 70s.

I think there's a real place for engaging with events that are going on in the world. The Doctor was always at the forefront of environmental issues, issues of population and things like this. He was always very on all that in the 70s - we seem to have drifted a bit away from that. 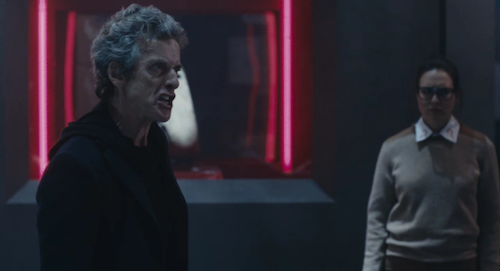 Peter also discussed what it was like on set to record such a tense and dramatic scene, he said:

"On the day I remember it was very, because you do it all daylong, it's quite challenging. Also, it was the day when the American Ambassador visited! [Laughs] For some reason there was so many visitors on set and they're all gathered around a monitor to watch this. It was really sweet because I then heard a huge round of applause going up and it was all them they weren't use to the workdays of a television set and didn't realise it wasn't a theatre. [Laughs] They were very sweet, they were very nice visitors."