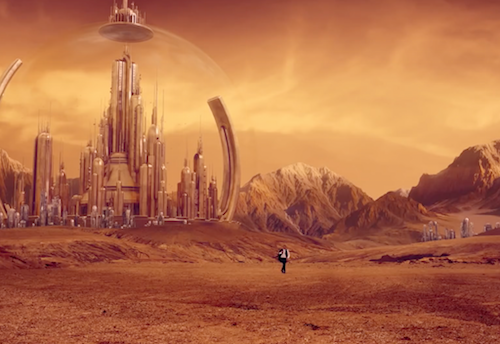 
Like pretty much every Doctor Who finale there's been since 2005, I'm sure this one will appeal to many whilst a few will be upset/outraged/never watching Who again. Plus ca change.

Somehow, for me, that's the job of the finale in many ways - to create a televisual event that will live long in the mind regardless of how amazing/terrible/good/bad it is. And this is most definitely one of those. Writer Steven Moffat has packed surprises, shocks, laughs, revelations, returns, new journeys and tears into an hour that absolutely races by. No one's going to forget this in a hurry.

I will say, before we continue, that there a HUGE parts of this episode that I cannot discuss and wouldn't wish to for fear of spoiling. So please do forgive any vagueness on my part.

One of the things that slightly frustrated me about Hell Bent was its initial pacing. After the immense build-up, and it was immense, from the previous ep, Heaven Sent, all that energy, excitement and breathlessness is ended within seconds of this episode beginning. Now, this isn't unusual for a Steven Moffat two-parter. This device, of a conclusion starting about as far away as you can imagine, was deployed beautifully in Silence in the Library/Forest of the Dead and The Impossible Astronaut/Day of the Moon. But here, after such intensity and eyebrow-raising heroics, it does niggle not to be continuing directly where the last instalment left off. 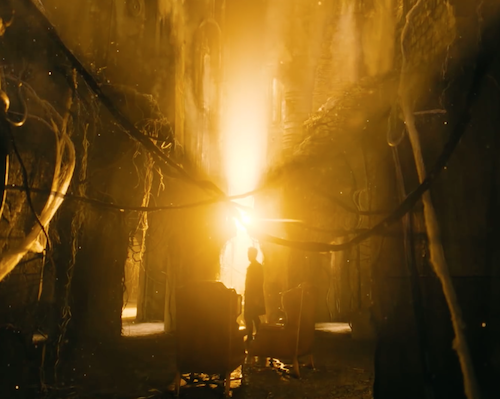 There's also some guitar-playing pre-credits (and a very knowing tune is played by the Doctor), which I can't say I'm ultra fond of (the shades, I do like). So the opening few minutes do kill the momentum somewhat. For me that is. Some fans will find this opening gambit utterly charming and touching, I have no doubt.

Anyway, enough of my gripes!

Once the action starts, it bloody well starts. The "Western" genre has been used to describe this ep by the production team and it's not hard to see why. Peter Capaldi, who is practically silent for five minutes (though always on screen) strolls into town like Clint Eastwood looking for revenge and protecting the locals. The town here is the Space Barn from The Day of the Doctor (and he does meet someone interesting in there) and the locals are the people of the Gallifreyan Dry Lands. And the revenge? Well, our errant Time Lord is none too happy with a familiar, yet not familiar, face - The President.

Played by Donald Sumpter (who evokes Terence Stamp's General Zod from Superman II in an almost pantomime-like fashion at times), El Presidente isn't too pleased with the Doctor either. Their desert showdown is nothing short of spectacular, and full congratulations to director Rachel Talalay and the visual effects team for such a stunning moment of spaceships in the sand. Proper science-fiction imagery there. 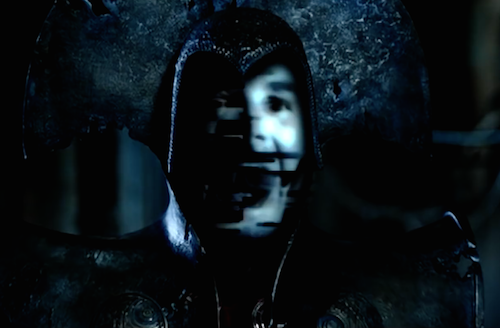 As you can guess, it's not too long before The Doctor returns to the Citadel and starts causing trouble once more. Once there, we discover certain truths and falsehoods about The Hybrid (more on that later). We also get a glimpse of the terrifying Cloister Wraiths, guarding the... well, a ghostly computer. These creations are eerie (as are the environment they patrol, complete with captured foes of the Doctor) and hauntingly filmed. Fans will delight in a most pleasing nod of the hat to the imprisoned Time Lords in the Tomb Of Rassilon from The Five Doctors.

And that's pretty much all I can say about the story (and its various characters).

Though the mood is serious, and at times the Doctor remains a very scary fellow indeed, Steven Moffat does have time to pop in the odd brilliant one-liner. I shan't spoil them but my particular favourite is, "Death is Time Lord for man flu."

Ultimately, Hell Bent is not as good as Heaven Sent (and I'm guessing that's what you really want to know). But how could it be? That's really not putting it down. It does, however, live up to its promise - The Hybrid is revealed and we witness just how powerful and how far it's willing to go. The ongoing hyperbole about its intentions are well-founded but does the Doctor get his revenge on the Time Lords for what they did to Clara? In a way, yes, and, in a way, no. There's an odd open-handedness about proceedings at the denouement as if it's a new start for everyone involved. As if the slate has been wiped clean. Which is not a bad way to go about things at all.

Doctor Who, Hell Bent airs 8pm, Dec 5 on BBC One