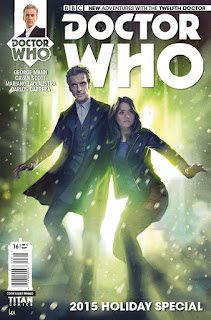 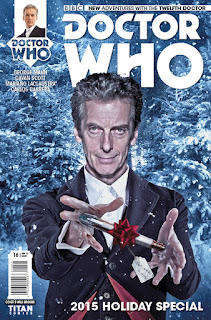 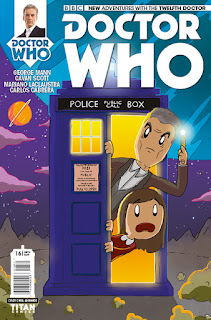 Titan Comics have released details about their one-off comic, Doctor Who - 2015 Holiday Special. Check out the details below and click on the images for bigger versions.

It's the 2015 Doctor Who Holiday Special!

When a mysterious Christmas card materializes on the TARDIS console, Clara and the Doctor are pulled into an interdimensional adventure of astoundingly festive proportions! 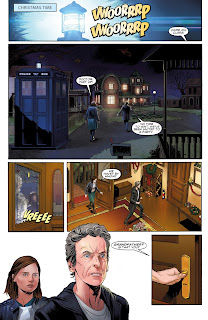 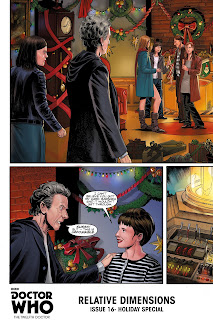 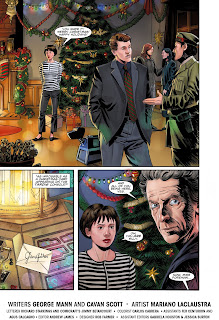 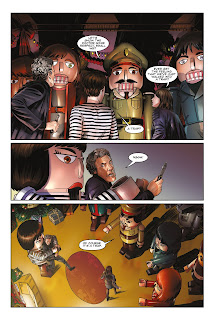 Packed with impossible sights and nigh-insurmountable stakes, this special issue also contains puzzles and games woven into the story!