"Death of The Doctor" - clip 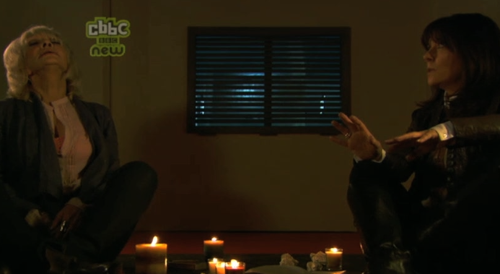 A snatch of one of the new episodes of The Sarah Jane Adventures was shown on CBBC earlier today - see it in player below. Titled Death of The Doctor, it was written by Russell T Davies and stars Katy Manning as Jo Grant and Matt Smith as The Doctor - read the synopsis at the bottom of this post. Series Four starts on Oct 11.

"When the Doctor is declared dead, old companions Sarah Jane and Jo Grant meet for the very first time, and join forces to discover the truth. As an interstellar conspiracy gathers around UNIT HQ, Clyde finds that he holds the fate of the Time Lord in his hand – quite literally."