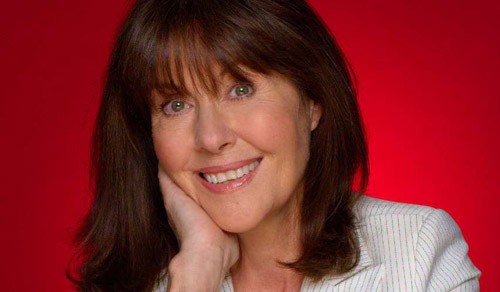 Aurum Press have announced the publication of Elisabeth Sladen's autobiography, due out later this year. Read the details below:

Prior to her death in April this year, Elisabeth Sladen, the actress who entertained millions of children and their parents as Sarah Jane Smith in Doctor Who and The Sarah Jane Adventures, had been working on a memoir. An account of her career on stage and screen and an insider’s view of the world’s longest-running science fiction series, the book had been completed in draft form but illness prevented Elisabeth from finishing it.

With the support of her husband, Brian Miller, and daughter, Sadie, Aurum will now publish Elisabeth’s memoir in November this year. A tribute to an actress whose most famous character became a hero and a role model for generations of young fans, the book traces Elisabeth’s story from humble beginnings in post-war Liverpool, through a joyful career in the theatre, to unexpected fame alongside Doctors Jon Pertwee and Tom Baker. In the process it explores the far from glamorous realities of filming in TV’s golden age, the strange and wonderful world of Doctor Who fandom, and what it was like to return to the show over thirty years after Sarah Jane first set foot in the TARDIS.

Elisabeth Sladen: The Autobiography
will be published Nov 7th, RRP £20