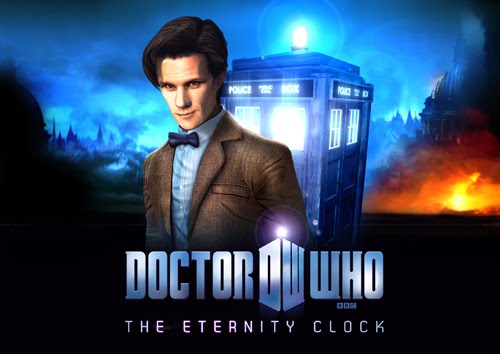 BBC Worldwide have released a new trailer for the upcoming game, The Eternity Clock - watch it in the player below. It will launch globally, initially on PS3 and PS Vita via the PlayStation Network in March 2012 with a PC version due shortly after.
This is the first game-play trailer that showcases the monsters in the game. Players will be up against the most feared monsters from the Doctor Who Universe – the Cybermen, Daleks, Silurians and The Silence.

RECENT POSTS
The Eternity Clock trailer No. 1
Doctor Who on Room 101
10 Villains/Aliens/Baddies Who Should Return To Doctor Who
BBC Books announce new Matt Smith title
John Barrowman in Hustle